“I wanted to give it a try. Everything seems impossible until you try.”

The journey of William Mbilinyi, SJ, from his native Tanzania to his first vows at Villa Saint-Martin, is filled with acts of faith… and great bursts of laughter. 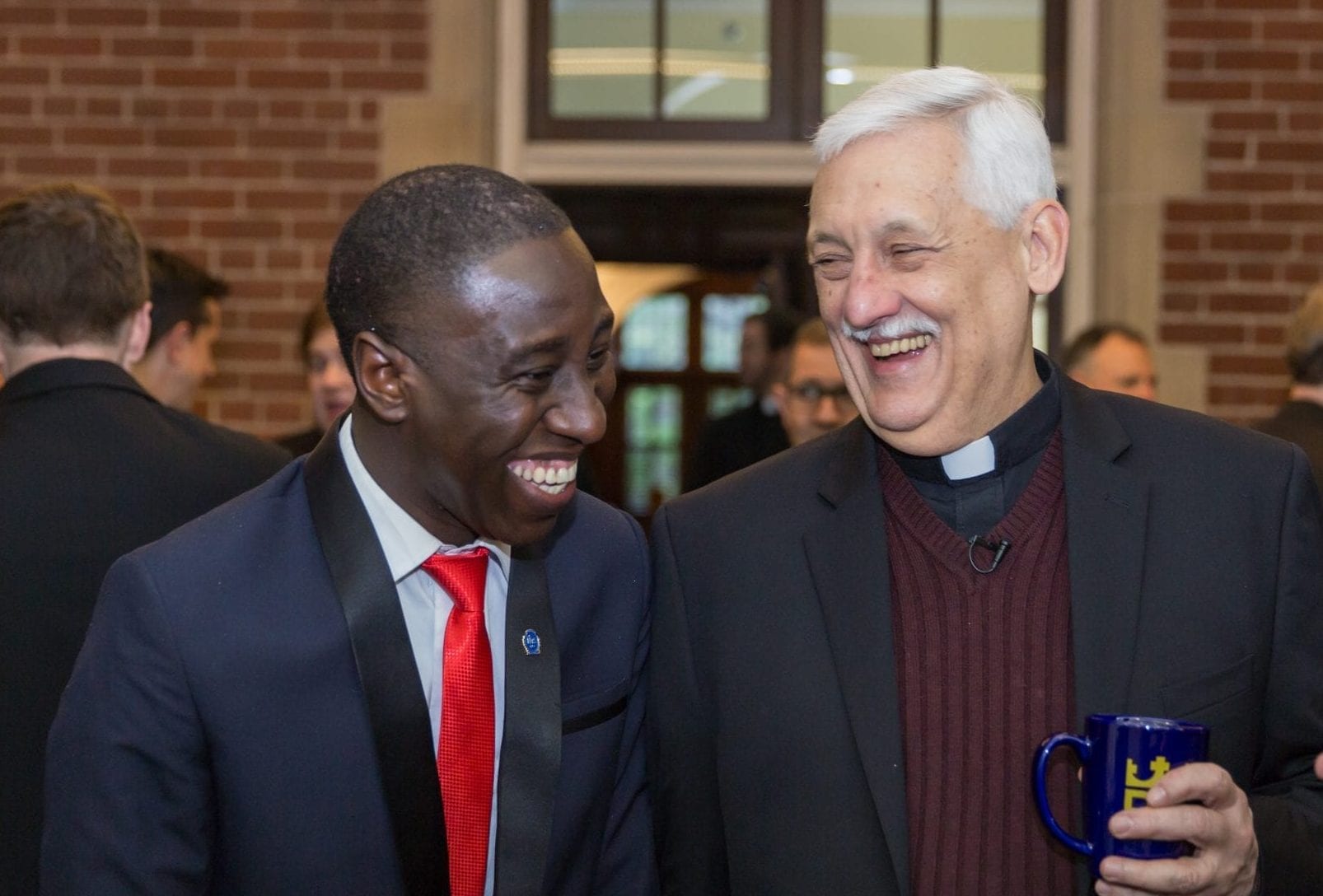 When he arrived in Canada in 2015 to begin a master’s degree in theology, nothing prepared him to enter the Society of Jesus; on the contrary! And yet, he has just pronounced his first vows and is now a scholastic.

I landed in Canada in July 2015. It was my first time in North America. It was a challenge for me and my family. I didn’t know anything about this place, I was just coming to continue my studies. In human terms, it was difficult, but for God, all is possible. I took it as a challenge and an opportunity for personal growth. I knew that the fact that God was with me meant that all would be well.

Did you already have a vocation to the priesthood in Tanzania?

It was my family that inspired my vocation, but I didn’t think I would be a priest. My mother raised us to be open to the service of the Church. We cleaned the church on Sundays, I served as an altar boy… Even at home we prayed a lot. I didn’t really like it, though, and sometimes I pretended to be sick to avoid it!

In my country, most private schools are run by religious orders. So I have always been educated by missionaries, which has brought me closer to the Church. But I never thought about becoming a priest. I wanted to work as a lay person, as a teacher, close to the Church. I had a good connection with the pastor of my parish, so I was sponsored to come here to Canada, to the University of Toronto. With a master’s degree in theology, I could better qualify for a teaching position at home.

Did you already know the Jesuits before you came to Canada? 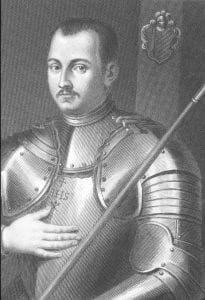 In my country, the Jesuits are not very well known. They were not the first missionaries to arrive with the colonizers, and I did not study in their schools. I knew nothing about the Jesuits before coming here, though I had three negative notions about them.

I thought that the Jesuits had a military character, based on the background of their founder, Ignatius of Loyola, a former soldier. There are military elements in the Society of Jesus (e.g., a superior general). I had problems with military concepts, so I stayed away from that kind of organization.

Jesuits are known to be intellectuals. It seems that all Jesuits write books! [Interviewer’s comment: I’m waiting for William to write one!] I’m not an intellectual myself, so I thought I had no place in this organization.

The last thing is the Jesuit process of formation. It is the longest formation ever! You are in formation until you die. That kept me away from them.

So, how did you end up joining the Jesuits of Canada?

The Toronto School of Theology has seven colleges, including Regis College, which is Jesuit. I met a number of Jesuit scholastics and priests there. We would meet in class, after class, and sometimes in the chapel for mass.

I began to ask them questions in order to clarify the image I had of the Jesuits. One day I was invited to the Jesuit community for mass and supper. I said no. I was afraid! They kept insisting, so I accepted. They welcomed me very well. That visit aroused my interest in them, and so I began to ask more questions, to interact more with the Jesuit priests.

After a while, they asked me to meet the vocation director. We had a short conversation, and he gave me some information and a few books to read. Some ideas from these books caught my attention.

For example, “finding God in all things.” It was confusing to me. How can one find God in everything? Also, according to the Jesuit charism, no one is left out. Even if you are not good at studying or giving retreats, there will always be something for you to do.

I was open to the idea of trying, just as I had been open to coming here to Canada. I was then asked to go to Montreal for a “Come and See” weekend. It was November 2018, my first time in Montreal. We were at Villa Saint-Martin. It was really interesting, and I was happy. We met the novice master and the community, and we got to know the novitiate.

When I returned, I spoke with the vocation director, but he was not yet sure whether to take an interest in me. “Take your time and pray,” he told me. “Follow the Spirit.” This was something new for me. There was a real sense of freedom; he wasn’t trying to pressure me. 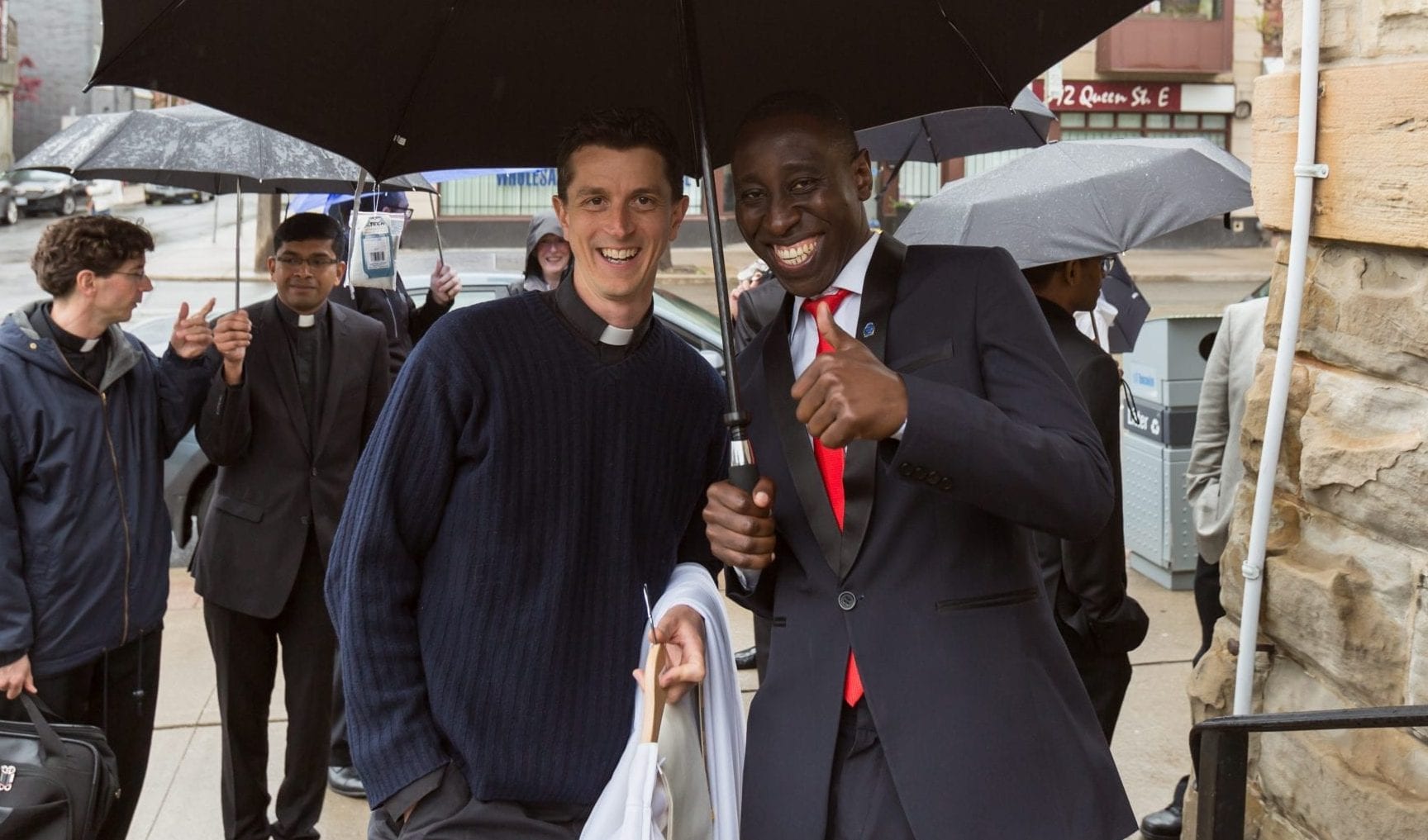 I still had four courses left to finish my studies, and I was thinking of going back to my country to work as a teacher. I prayed about this, about the Jesuits, for a month. The Spirit was calling me to join the Jesuits and become a missionary. By being a Jesuit of the Canadian Province, I would also belong to the whole Society, so I could go to my country to work as a missionary. With this answer to my prayer, I went to see the vocation director and told him that I was ready to leave my studies and go to the novitiate before returning to finish my formation. Today I am finishing my novitiate and am ready to resume my studies.

How has your family reacted to your call to join the Society of Jesus in Canada?

My family is unique. There are eight of us. All my brothers and sisters are teachers. Most of the time, I tease them by telling them that I will teach, too; but I’ll teach about heavenly matters.

Some have supported me, others have not. But I am the master of my life. God is calling me, calling all that is within me. As a Jesuit, I can serve people without limits, without boundaries. I am really happy. I will be available to everyone, including my family.

How was your time of formation?

During the past two years, I have really grown spiritually, intellectually, and personally as a human being.

I remember that after five or six months, I had to go on a 30-day silent retreat in the United States—and I wasn’t used to not speaking! It was the first test in Jesuit formation. It was crucial for me because it was going to confirm my vocation. Again, there was a great deal of freedom. You are free to leave if you feel that your vocation to the Jesuits is not confirmed. But I believe that mine was confirmed at the end of the retreat. Meeting other novices there also motivated me.

The next step was to do my first three-month experiment. It was in Gatineau, in the L’Arche community. It was really a challenge for me because I generally experience great empathy when I see someone who is suffering. I feel as though I am part of that suffering, so I was reluctant to go. I wondered: Could this mean that God is not calling me to Jesuit life? But Jesuits go where others cannot go. It was a struggle. I have never been close to people with disabilities, and in this case, I not only had to live with them, I also had to help them. It was a time of real growth for me, but it was not easy. I spent time in prayer with the Lord, and my supervisor helped me to connect with the people there. In the end, I cried when I had to leave them. It was a touching and challenging experience. But now I can work with people who are sick or in very difficult situations. 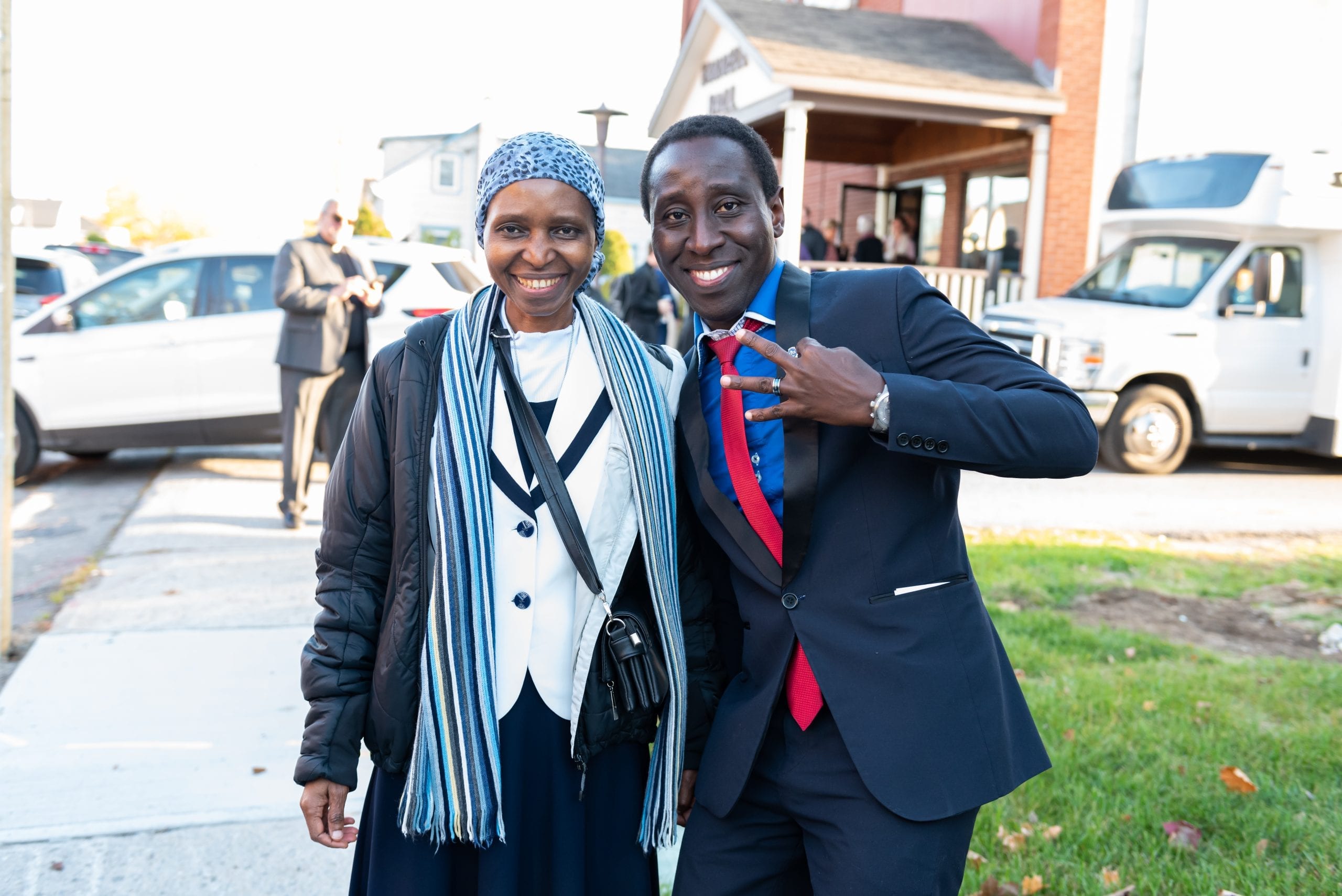 Then there was the pilgrimage: to be on the road for a month, without money, relying on God’s providence. As a foreigner, I didn’t know very much about Canadians. The novice master told me that I had to go and that I would find God along the way. I went to the First Nations community in Wiikwemkoong, Ontario. I spent two days helping and then I went on the road from one shrine to another until I reached Sainte-Anne-de-Beaupré.

Finally, I did the long experiment. I would have liked to work in Wiikwemkoong, but it wasn’t possible. I worked with the Jesuit Refugee Service-Canada (JRS) in Montreal for two weeks. But Ignatius of Loyola said that one should always go where the needs are greatest. So the idea of going to Central Africa emerged. The situation of refugees there is very serious because of civil wars and political instability, and also because of economic problems. There were already two scholastics from another province who were doing their regency there. It was not easy to do this work because of the situation, but I arrived there on January 17, 2020. I worked in Central Africa with JRS for six months.

It was a very profound experience that gave me life, but it was also a challenge. There were many frustrations, insecurities, worries, and fears. It was not easy, but it was doable, and that is how one grows as a Jesuit. It is a foretaste of our vocation.

I received a lot of support from my community in Canada and also from the community in which I lived. We were all strangers in a foreign country. I was happy to meet refugees, to visit their camps, to work with them in different ways. Time went by so quickly! We set up schools, I was teaching, we worked with psychologists to help child soldiers return to school and reintegrate into society… I was full of energy. Coming back to Canada during the pandemic was another concern because all the borders were closed. I had to take a number of NPO cargo planes to come back to continue my formation after my first vows.

We think that the novitiate is really long—two years—but in fact it is really short. You spend less than a year in the novitiate, since most of the time you are elsewhere. It’s far from boring!

Click here to learn more about the stages of Jesuit formation.

From Rockets to Canoes
Once planning to be an engineer, today Erik Sorensen, SJ, is studying theology at Regis College in Toronto, on his way to becoming a Jesuit priest. His formation has been one of accompanying and building relationships with those he encounters.
Story
“For a Different World”: Jesuits of Canada and Haiti Welcome 13 New Novices
With great joy and gratitude, the Jesuits welcomed this summer thirteen new novices who entered the Society of Jesus; five in Canada and eight in Haiti. The novices have just completed their first period of probation. We thank God for the great blessing of their vocation to the Society.
News
Offering Oneself: William Mbilinyi, SJ, Professed His First Vows
William Mbilinyi, SJ, professed first vows of poverty, chastity and obedience last August 16, 2020 at the Villa Saint Martin in Montreal. The First Vows Mass was presided by Fr. Erik Oland, provincial of the Jesuits of Canada, and concelebrated by Fr. Gabriel Coté, SJ, and deacon Jean Franky Guerrier, SJ.
News