God seeks from us solid virtues, such as patience, humility, obedience, abnegation of our own will, and charity 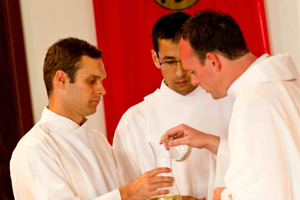 The formation of young men is one of the most important ministries of the Jesuits of Canada, as it is an investment in the future – ensuring well-educated, spiritually formed Jesuits trained to take on the challenges of the various ministries to which they are called.

The Cost of Jesuit Formation

The Stages of Jesuit Formation

The formation of a Jesuit is divided into five stages, which are supported by the generosity of benefactors. 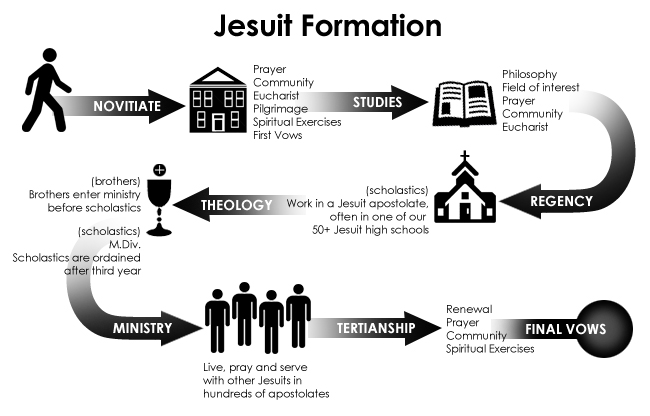 Average total cost for the basic formation of a single Jesuit: $263,000

From Edmundston to Kahnawá:ke: The Symphony of Father Louis Cyr
Musicologist, teacher, and Jesuit priest, New Brunswick Father Louis Cyr (1936–2020) led a life filled with multiple encounters.
Story
Between Jesus, books and LGBTQ advocacy: Fr. James Martin, SJ
Prolific writer and speaker, America Media’s editor-at-large, consultant for the Vatican’s Dicastery for Communication: American Jesuit Fr. James Martin is one of the most well-known Jesuits after Pope Francis.
News
How A Buddhist retreat led Fr. Ted Penton, SJ, to the Jesuits
In this interview, Ted Penton, SJ, talks about his spiritual awakening and journey and the connection he sees between faith and social justice work.
Story