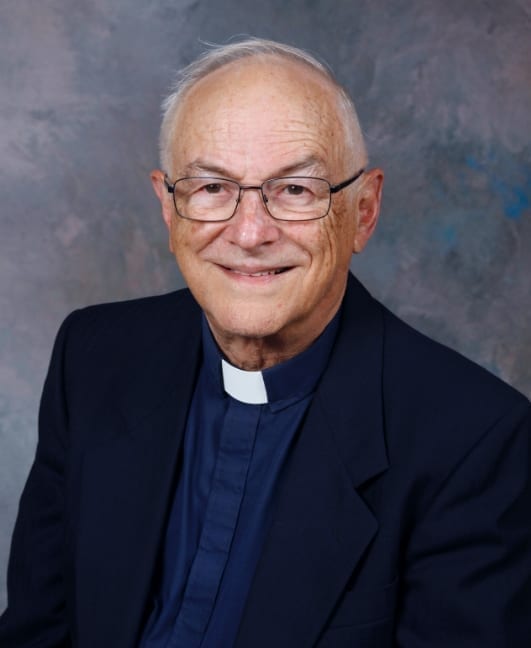 Jesuit Father Peter Monty has one of the most fulfilling ministries in the Catholic Church – Ministry to the Deaf.

“I was attracted to the Ministry to the Deaf not because of my dexterity in sign language, but rather, I felt their openness and hunger for communication and knowledge,” says Monty.

His interest in this unique ministry began with a group of other seminarians during his philosophy studies at Mount Saint Michael’s in Spokane, Washington. The group would practice signing to each other and visit shut-in Deaf people in their homes.

“I think the most challenging and at times rewarding is the effort to communicate with multi-disabled Deaf people, such as children and adults who have difficulty with motor and coordination in signing,” says Monty. He adds that Deaf Blind communication can also be difficult where communication with signs is entirely tactile.

When Monty was part of the first group of Jesuits to open Gonzaga High School in St. John’s, NL in 1962, he became involved with the Deaf community there including the religious education program of the newly-opened Provincial School for the Deaf.

In the early 1970s, Monty began to work as a travelling chaplain on behalf of the Ministering in a unique way: Father Peter Monty Catholic Bishops of Ontario. Back then, he covered most of Ontario, about 45-50,000 kilometres per year. He visited Provincial Schools for the Deaf and a variety of institutions such as hospitals and prisons. Some places like Attawapiskat First Nation in remote northern Ontario had Monty flying in to visit Deaf Indigenous persons.

“Our Jesuit vocation challenges us to reach out to the marginalized in our society,” says Monty.

Even though he retired after 25 years from his work, he has always kept in touch with Deaf communities far and wide.

Born in Tokyo, Japan in 1937, this quiet and gracious son of a Canadian diplomat was used to travelling extensively as a child. While his work with the Jesuits of Canada always included the role of working with the Deaf, he also served as associate pastor, superior, and house consultor, in Jesuit communities from Winnipeg, Montreal, Guelph, to his current home in Ottawa’s Ogilvie Jesuit Residence.

Eat, Pray, Love? The Power of Community in Discerning One’s Vocation
"Without the guidance and inspiration of the many women of strong faith that I have encountered throughout my life, I would not be where I am today", says Aric Serrano, SJ.
Story
Ignatian women for dignity and equal voice
The following highlights the prophetic efforts of four women who collaborate with the Jesuits of Canada.
Story
HLDRC : Empowering women in Darjeeling
The HLDRC serves the most vulnerable people in the Darjeeling district.
Story