A Jesuit for all seasons: Father Winston Rye 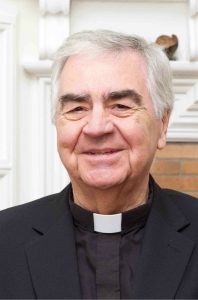 July 15, 2019 — When many people think of Jesuits they think of men ready to be sent at a moment’s notice to a variety of places to take on diverse assignments. A Jesuit that truly reflects this idea is Fr. J. Winston Rye.

From his many assignments in education, to working with Indigenous peoples on reconciliation, to dealing with allegations of abuse, to balancing the books for the English Canada Province, Rye has done it all.

His life is a far cry from his humble roots in Winnipeg, MB where his father was a baker from England while his mother was from St. Norbert’s and had Métis roots.

Rye entered the Jesuits in Guelph in 1960. After Philosophy studies at Spokane, WA Regency at Regiopolis in Kingston, ON and Theology at Regis College, his first assignment was assistant to the principal at Loyola High School in Montreal. Even though he was slated to be the school’s next principal, he was sent to be assistant director at Martyrs’ Shrine in Midland, ON. Tertianship in Europe during two off-seasons at the Shrine followed.

“The greatest grace at the Shrine was that of confession,” Rye says. “You are able to welcome back many people who have been away from the Church.”

At the time, the Shrine was averaging 300,000 visitors and 30-40,000 students annually. But his work at the Shrine was to be short-lived, as Rye was sent to Brebeuf College to serve as rector, president, and then principal. He would be instrumental in evaluating whether the Jesuits should stay at the school.

Brebeuf was followed by a sabbatical and some unusual work. Rye was asked to provide CBC-TV colour commentary during Pope John Paul II’s visit to Canada in 1984. Later, he was asked to try out for a part in The Mission, the acclaimed 1986 film about a Jesuit missionary in 18th c. South America, which he declined because he was off to Nepal. There he was approached by an education officer to evaluate a Tibetan Buddhist School under the Dalai Lama.

In 1985, Montreal called again and he was off to teach and build a new Loyola High School.

St. John’s, NL was another city that needed Rye’s expertise in education so off he went. There he served as principal at Gonzaga High School for four years in the 1990s followed by serving as assistant pastor at St. Pius X parish. St. John’s was a city Rye loved and he knew the challenges faced by educators in the province when Catholic education was under assault. From 1999 – 2003, he served as Principal/President of St. Bonaventure’s College in St. John’s, creating a school from almost nothing in a very short period of time with dedicated and eager parent volunteers.

All in all, Rye’s time in education lasted for more than 22 years.

Following education, some of his most important work was with victims of clerical abuse, especially those in Indigenous communities. He helped write the Jesuits’ Statement of Reconciliation to victims of residential schools and actively participated in the Truth and Reconciliation Commission in Ottawa. When other large entourages came to apologize, Rye stood alone presenting the Jesuit apology in Montreal. He called the moment a real privilege.

Due to his organizational skills, he served as superior at several Jesuit communities throughout the years including for the men in formation. “It is good for older men to see younger ones coming in as it shows hope the Society has in these young men.”

Over the last 10 years, his work based him at the English Canada Province Curia serving as treasurer and later province secretary to the former provincial. This was complemented with another position on the Comité CAN Committee that organized the transition from two Canadian Jesuit Provinces into a new one for Canada. 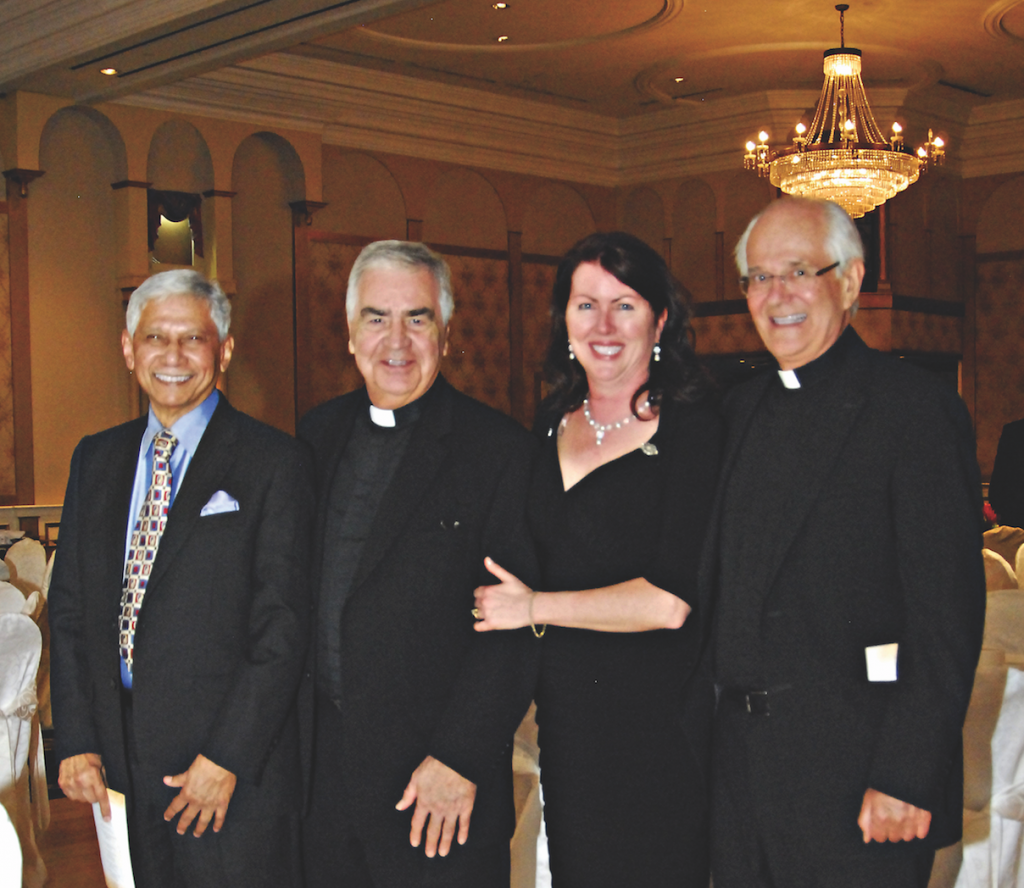 Over the years, much of Rye’s work has involved engaging Jesuit-school alums and benefactors. He can’t say enough about how kind these supporters have been. “We wouldn’t be doing the work we are doing without our benefactors,” he says. “It is because of their generosity that we have been able to train young men, do apostolic works, and take care of our seniors.”

And after all the travels and work assignments he has experienced in his 59 years as a Jesuit, he simply hopes to be remembered as a good man who had his heart in the right place.