FX Johnson died on 3 May at René Goupil House, Pickering. One of the young Jesuits at his bedside started praying the Our Father; when he heard the Lord’s Prayer begin, FX lifted his head up, then laid it back down on the pillow and took his last breath. He was 93 years old and in his 68th year as a Jesuit. FX was the son of James Johnson and Agnes Cussir. After studies at St. Michael’s High School, Toronto, and four years at the Ontario Agricultural College in Guelph, he entered the Society of Jesus on 7 September, 1952. After novitiate and juniorate he journeyed in 1956 to Toronto for philosophy at the Jesuit Seminary for two years. He did a third year in philosophy at Mount St. Michael’s in Spokane. His three-year Regency took place at Campion High School in Regina. He then returned to Toronto for theology at Regis College in Willowdale, Ontario.

After ordination in 1965, FX did tertianship at Saint-Jérôme, Québec. He was very assiduous in learning French during this period. FX spent a lot of his Jesuit life on the move from one assignment to another, either as a teacher, a hospital chaplain, or as a priest helping out in parishes – in Toronto, Montreal, St. John’s, Port Arthur, Willowdale, California, Northern Ontario, and in various places in British Columbia. By 1988 FX settled down in Toronto, living at Hevey House and helping out at various diocesan parishes. When that house closed down in 1996, FX moved into an apartment in Scarborough and continued to do pastoral ministry.

FX (he enjoyed being called FX, but never Frank) was a stickler for rules, rubrics, legal and ecclesial formalities. He possessed a combative personality and was an inveterate writer to Catholic publications, to the Fathers Provincial, and even to chancery offices. He lamented the easy-going attitudes of the post-Vatican II Church, fearlessly correcting officials on their lax or seemingly faulty interpretation of rules. He would never be deflected from upholding the truth as he saw it. He proudly wore his clerics and made himself always available to some of the traditional movements in the Church. He was the much-loved chaplain of The Kolbe Eucharistic Apostolate, conducting mini-retreats for them every month. FX was very close to his sister, Sister Josephine Johnson, CPS (Missionary Sisters of the Precious Blood), who died 4 years before him. And he also had some very faithful friends who kept close contact with him to the very end.

FX enjoyed Province gatherings, which provided an occasion for him to touch base with many, since he had lived a solitary life for so long. He was keenly interested in the diverse activities of the Province. This interest provided grist to his mill, allowing him to make judgements, pro and con.

After a fall which damaged his hip, FX moved to the infirmary at Pickering in the summer of 2013. His last years at Pickering were rather sedate, as the interior fire which had propelled him for decades waned. He prayed a lot, watched animal documentaries on TV, and spent hours just gazing at the fish in the aquarium he had in his room. With age some of us become more crochety, but with FX it was exactly the opposite. At René Goupil House he was peaceful, interested in all that was going on, asking questions to clarify information, and in a very quiet and sometimes even silent way, he was warm and friendly. FX had a wry sense of humour. He was fun to tease, because he usually preferred not to respond with words but with a facial expression that was clearer than any emoji. 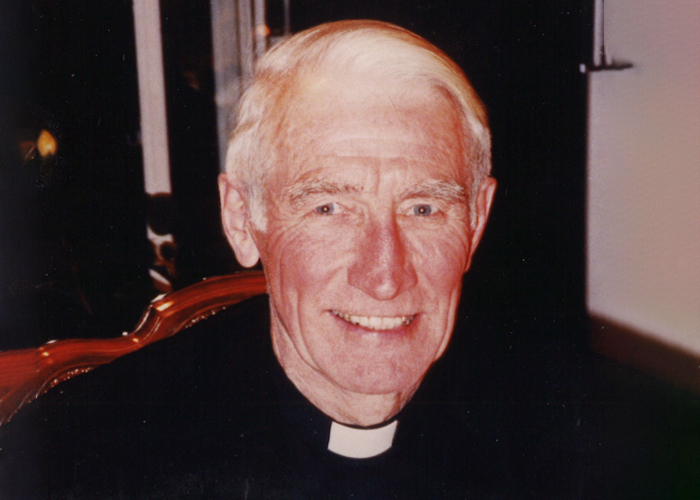