Brother Jacques Dubé died at the infirmary at Richelieu at 2:30 p.m. on July 16, 2020, at the age of 89, after 65 years of religious life. His physical condition had been slowly deteriorating for some time, to the point where he could no longer move around on his own; but he remained lucid until the end.

Born in Montreal on April 7, 1931, he had chosen to be a brother in the Society of Jesus after completing his secondary studies at Collège Sainte-Marie in Montreal. He first entered the postulancy in December 1954 and was admitted to the novitiate on May 13, 1955. After taking his first vows, he remained for one year at the novitiate house, still called Sault-au-Récollet, as assistant to the cook and assistant to the infirmarian. It was there that he showed the talents of a pastry cook which would later be put to good use. From 1958 to 1960, he was part of the team of brothers that Father Paul-Émile Papillon had set up at Jacques-Cartier, now annexed to Longueuil, for the apostolic school designed for the formation of future brothers. Jacques was a cook and infirmarian for a community of 12 Jesuits and about 30 candidates.

Jacques lived for many years in two communities: in Saint-Jérôme, twice (from 1960 to 1972 and from 1986 to 1988) and at the Centre Vimont, the residence attached to Collège Brébeuf, also twice (from 1972 to 1987 and from 1993 to 2012). In Saint-Jérôme, he was in charge of the kitchen for five years and in charge of the infirmary for seven years. In 1972, he asked to study art. The provincial allowed him to enroll at Collège Brébeuf and he followed the training in visual arts which allowed him to obtain the collegiate diploma in 1974. He then worked, as a technical collaborator, in the visual arts department of the college while being the community infirmarian. He was also a minister and bursar for five years (1988-1993) in the Jesuit student community on avenue Gatineau in Montreal.

In May 2012, when the Centre Vimont closed, he joined the members of his community who came to live in Richelieu. His companions in the infirmary, both Oblates and Jesuits, retain an impression of him as a smiling and peaceful person who spoke little. The provincial had emphasized, in the letter he wrote to him for his jubilee of religious life, that he knew how to “bring beauty and joy” to the communities where he lived.

Brother Dubé was very attached to the members of his family, especially to his sister Colette, who had been Superior General of the Sisters of Saint Anne and who died a few months before him. Due to the pandemic, Jacques’ funeral has been postponed to August or September. 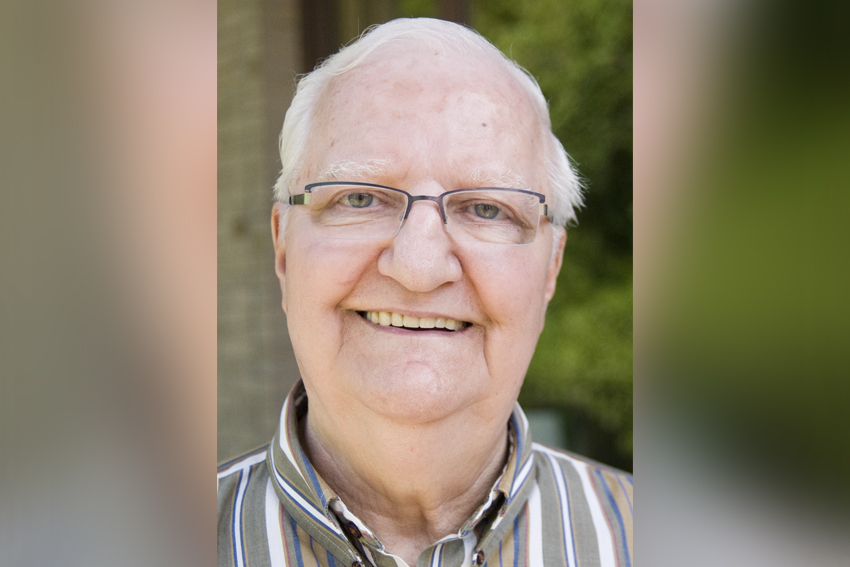