Brother Frechette died on 3 June in the palliative care unit at the Oshawa General Hospital. He was in his 87th year and had been a Jesuit for 63 years. Joe was born in a large family in Toronto, son of Fabian Joseph Frechette and Maud Ann McQuillan. He entered St. Stanislaus Novitiate at Guelph on April 10, 1957 as a brother postulant and took first vows on 11 October 1959. For the next three years Joe was handyman and caretaker of the large novitiate building, assisted by other brothers. By temperament Joe was very methodical, and rarely given to agitation, even when plumbing broke down or a car refused to start.

Joe moved in 1961 to Regis College, Willowdale. The Regis property was a familiar place because his father was responsible for the beautiful stonework around the foundation of the building. Joe was appointed bookbinder, binding notes for the nearly 80 professors and seminarians, as well as religious journals for the reference library. He was also assistant caretaker of the building. For a couple of years, he added the sub-minister’s role to his portfolio.

After final vows Joe went back to Guelph in 1969 to be assistant to the director of Loyola Retreat House. For 9 years he was custodian of the building and grounds and supervised the kitchen and cleaning staff. With full registrations and endless retreats, Joe was often the calm in many a storm.

Joe found his true home in St. John’s, Newfoundland. From 1978 until a few weeks before his death he was devoted to the Jesuit school and parish on The Rock. All that time he was treasurer for the Jesuit community and also did finance work at Gonzaga High School. In 1998 the provincial government abolished denominational schools. But parents rallied and founded St. Bonaventure’s College, an independent school in the Jesuit tradition. Joe became treasurer there and was much loved by generations of students and staff. Shortly after Joe arrived in Pickering, an online video was sent to him from the Grade 7 class of St. Bon’s, with each pupil offering words of farewell.

There was a beautiful humanity about Joe, and his smile revealed the inner peace he possessed. He was so respected that he was appointed several times to be the Admonitor to the Superior, a delicate task. He was faithful to his friends and to the community. For 35 years he spent his summer holidays with Bob Finlay, Joe Schuck and Gerry Mathieu. He felt a personal loss when the only other brother in his St. John’s community, Jim McSheffrey, fell into the ocean to his untimely death while picking berries.

Leaving St. John’s after 42 years was painful. But Joe felt that more consistent medical attention would be available in Pickering. There he had many friends in the Jesuit community and lots of family, so this helped the decision and the transition. All through

his long life Joe was surrounded by family – many siblings, dozens of nieces and nephews, and their offspring. Even in his final weeks at Pickering, when he was in quarantine, he visited with them through his room window, while keeping them 6 feet away!

His 6 weeks at La Storta were a chance for him to renew these bonds of friendship and to wait patiently for whatever came to him in body, soul and spirit. He was grateful for the medical care he received from nurses who attended him at La Storta. They all were attracted by his personal warmth and good humour. What Joe especially loved was receiving Holy Communion daily. When he accepted the offer of palliative care in the Oshawa General Hospital, he said, “I am in the hands of God.” He was delighted to receive the Sacrament of the Anointing of the Sick once again just as he was leaving for the hospital. Once in the hospital he just wanted his rosary in his hands and his hearing aids. To the surprise of all, only 9 hours after he arrived at the hospital he passed peacefully into God’s hands with the nurse at his side. 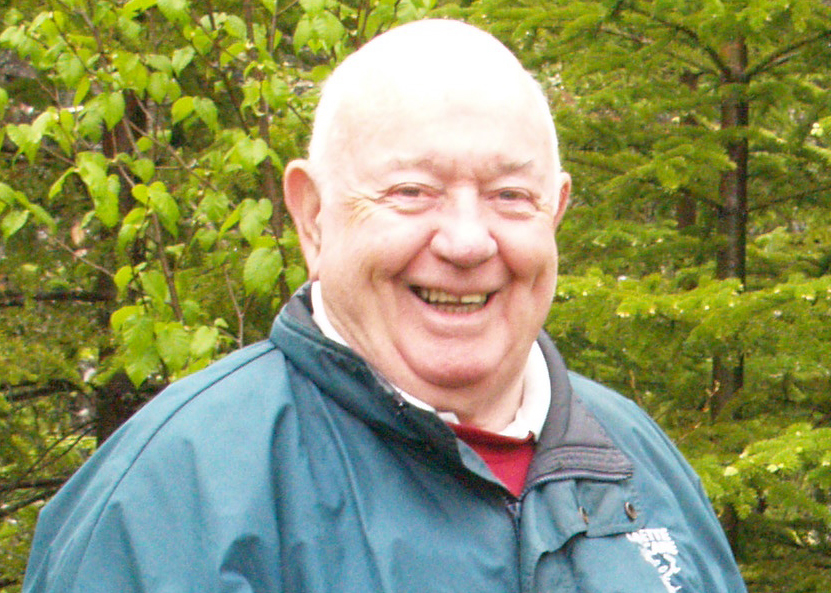