Jesuits meet and mingle over beer 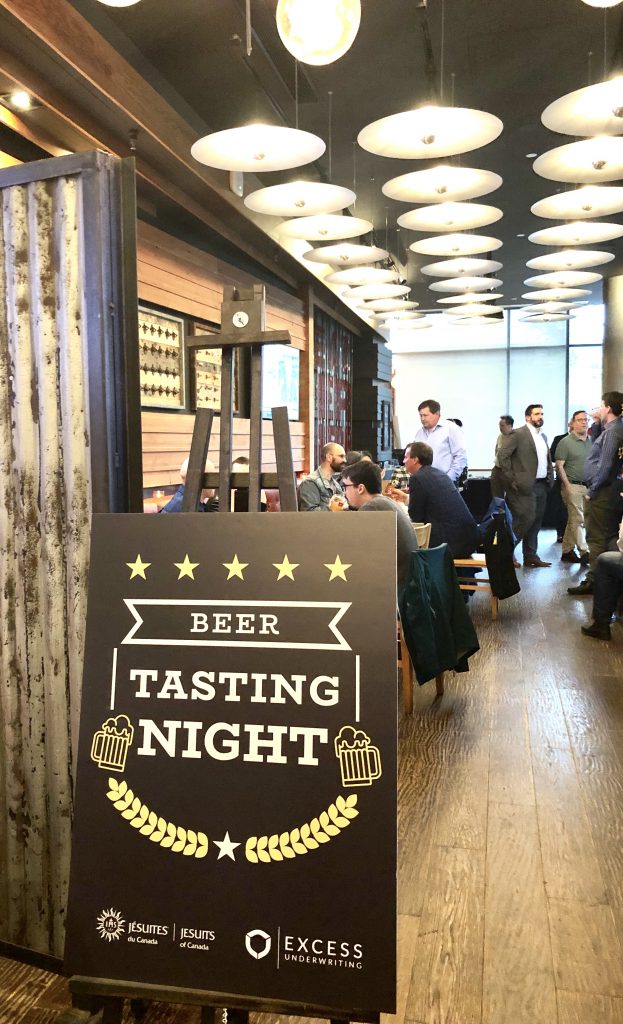 The evening brought together faith and community in a uniquely casual way, with beer and food paired with members of the Jesuit community.

“We do a number of events that are more formal, standard, kind of typical — we have a scotch-nosing, we have an annual dinner and they’re very well attended,” said Barry Leidl, director of the Jesuits’ Office of Advancement. “But we wanted to do something that kind of showcased that the Jesuits were involved in not just formal stuff, but also ministry to regular people. Beer tasting seemed more on par, accessible to the people they minister to.”

The idea for the event follows on the success of other young adult events like Theology on Tap, giving the Jesuit community an opportunity to meet young people where they are.

Earlier this year, Father General Father Arturo Sosa released the Universal Apostolic Preferences for the Society of Jesus, guiding principles for the Jesuits’ next decade of ministry. “To accompany young people demands of us authenticity of life, spiritual depth and openness to sharing the life-mission that gives meaning to who we are and what we do,” he wrote.

This was the goal of the evening. As the tables were filled with hors d’oeuvres and beer, young professionals from across the Toronto socialized with alumni from Jesuit schools and others.

O’Brien had a career in education before answering the call to the priesthood. Kelly worked for a pharmaceutical company for 12 years before entering the Jesuits, where he takes part in the Ignatius Spirituality Project, (ISP) a community-building project reaching out to men and women recovering from homelessness and addiction.

Robert Glowacz, customs officer with the Canada Border Services Agency, 39, heard about the night during O’Brien’s retreat just days prior. 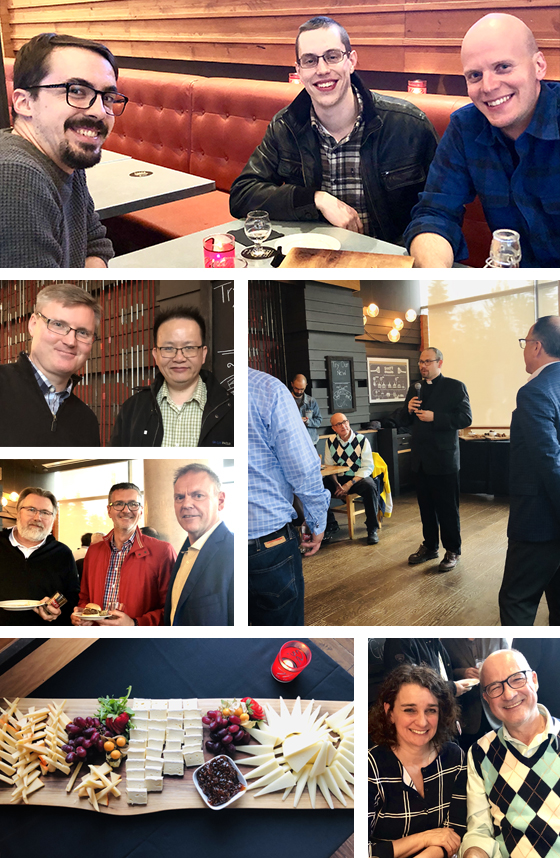 “I came in with minimal expectations except for good craft beer and good food — which there was a lot of. I’m impressed by the turnout and the laidback hospitality.”

Thank you to the evening’s premier sponsor George Longo of Towerhill Insurance. The plan is to make this event an annual one.