Weaving links between faith and justice

Through the Centre justice et foi, a Jesuit work founded in Quebec almost 40 years ago, the Quebec Jesuits have had a fruitful relationship of solidarity with a movement committed to social justice in its economic, cultural, and political dimensions.

The movement contributed significantly to the transformation of Quebec by addressing difficult issues such as militarism, poverty, workers’ struggles, the relationship with nature, the place of women, living together, and so on. It was composed of people involved at various levels who shared powerful experiences of communal reflection and mobilization. Thanks in part to the influence of Fr. Guy Paiement, SJ, the Journées sociales du Québec (JSQ) brought together hundreds of people from all over the province to address burning social issues: “The cry of the earth, the cry of the poor,” for example, or “Is it possible to live without a job?”

In 2018, however, the organizing committee of the JSQ decided to cease its activities, deeming its resources insufficient to continue and especially to bring in a new generation that was long overdue. At the same time, L’Entraide missionnaire made the painful decision to close its doors, while symbolically handing over its mission to younger people involved in international solidarity, environmental issues, and other social concerns. What future is there for the Christian Social Movement in Quebec? “Christianity,” wrote Fr. Paiement, “is not so much a treasure to be preserved as a path to be kept open.” How can we make sure it remains open for future generations in Quebec?

“Christianity,” wrote Fr. Paiement, “is not so much a treasure to be preserved as a path to be kept open.” How can we make sure it remains open for future generations in Quebec?

Faced with this challenge to imagine the future, many turned to the Centre justice et foi, either to entrust it with their archives or to pursue broader reflection. Some younger Christians turned to the centre to express their desire for a coherence between faith, social analysis, and action that has characterized the centre and its allies for decades. Thus, Avenir du christianisme social au Québec (Christian Social Movement throughout Quebec) was born, a three-year project that combines reflection and action based on the current experience of people mobilized across Quebec.

Finally, the “Exploration” component would aim to meet people on the margins of the current movement, especially the youngest, to hear how they would express the link between faith and commitment to justice.

The challenge is considerable: It is about looking to the future, allowing a movement to see its continuation that is already under way in the cultural milieu of Quebec today. From the outset, this initiative revealed the need to bring together collective resources within the context of a hopeful and insightful process of discernment. Inspired by the parables of the sower and the mustard seed, the project seeks to create the fertile ground that will allow the little shoots of which Fr. Paiement spoke to grow, rooted in this history of commitment and shared humanity. 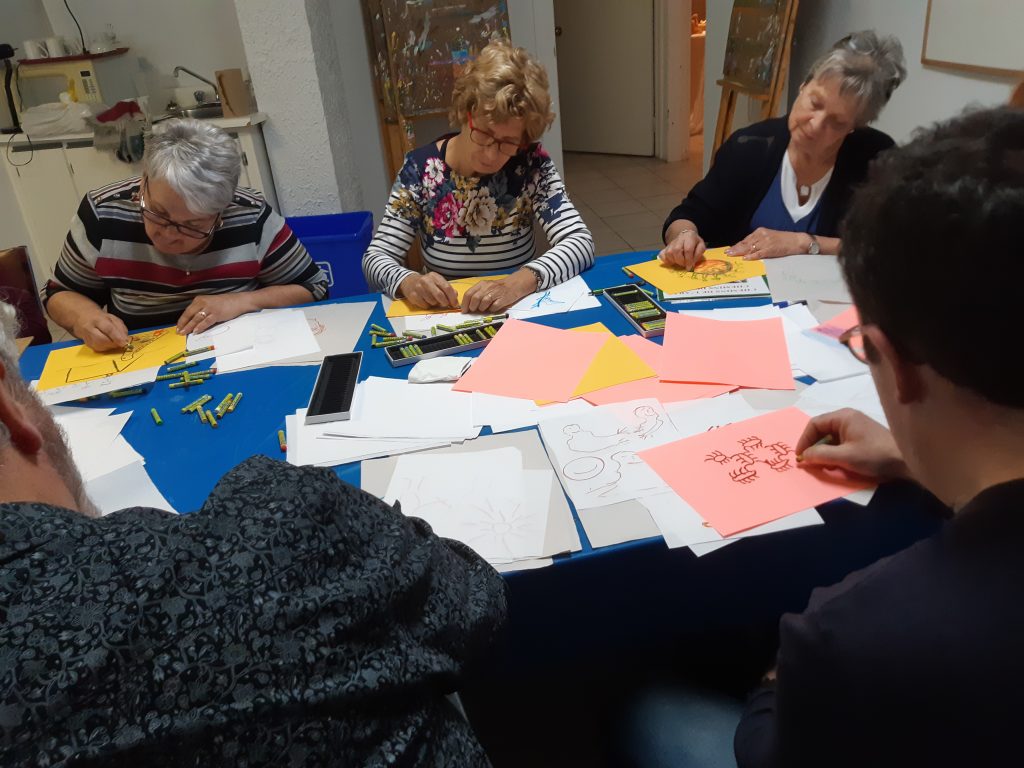 The project was divided into three areas. First, there is the “Memory of the Social Gospel” component, which would highlight the archives given to the centre not only by making them available in their original format but by putting them into context and updating them through synthesis files (which led to the creation of a website, mcsq.ca). Secondly, the “Mapping of the Social Gospel” component would mobilize people associated with the Christian Social Movement throughout Quebec to engage in a collective discernment based on a survey of the current situation and the dynamics at work within it. Finally, the “Exploration” component would aim to meet people on the margins of the current movement, especially the youngest, to hear how they would express the link between faith and commitment to justice, in order to discern with them the signs of the times and to accompany these young people in the creation of a hope-filled future, as the Universal Apostolic Preferences invite us to do.

A transition to be lived together

The “Mapping of the Social Gospel” component led to the organization of 12 meetings with groups of Christians in six regions of Quebec. In each region, people who identify with the Christian Social Movement shared about the places where they live their commitment today, as well as about what inspires them and what weighs them down (Ignatius would have said: consolations and desolations). What emerged was a portrait that continues to evolve and in which appear a few surprises, such as a growing shared interest in permaculture and urban agriculture.

Above all, the survey allowed us to identify some fundamental issues and questions. The next step was to name these questions and connect the people who are asking them, which continues to this day through reflection groups. Spiritual conversation allows us to address difficult questions, such as ambiguity in relation to Catholic identity and structures, while leaving room for insight and the relationships that develop between people through the inspiration of the Spirit.

“If I had heard all this a few years ago, it would have changed a lot of things for me,” said a young participant in the reflection group, on ambiguity in relation to Catholic identity.

“When I came to Quebec, I expected to find a Christian environment more open to social justice issues than in the United States, but instead I felt very alone. I am so glad to know that this initiative exists!” (Participant in individual interview)

“I do not want to serve alone but to do so in relation with others,” concluded a participant at the 2022 youth retreat. (Exploration component)

“We have separated the spiritual from the social. I am delighted to know that there are socially committed Christians who come together and are not afraid to talk about both together! This is a sign of healthy equilibrium. There is hope for the future in this!” -Gabriel Côté, SJ, resource person at the 2022 youth retreat

A special focus on the younger generation

One of the reflection groups brought together people from younger generations, who are in the minority in the Christian Social Movement as well as in the Church in Quebec, offering them a very rare space to talk about what a commitment to justice means to them. Already at the end of three meetings, common challenges were identified, including that of getting to know each other better. Group projects are taking shape in this regard, like, for instance, an Ignatian-inspired retreat on commitment in freedom.

“We have ideas, but we are all isolated. I appreciate what you are doing because it is important that we come together to meet and that if someone has a project, we can all get involved to make it work,” said one participant interviewed in the Youth Leadership Circle.

Another participant interviewed in the Youth Leadership Circle said, “I miss being part of a community of young people.”

The challenge for Christians in Quebec today is to give ourselves the means to respond to the Gospel call to transform the world.

In an era that values strategic planning and social engineering, it is a testament to the richness of Ignatian spirituality – in which so many people have put their trust – as a process that is based on discernment in common. The project Avenir du christianisme social au Québec offers a unique opportunity to witness a group of people who, by being open to their own transformation (conversion), seek the means to remain a community that is connected to reality, being attentive to the questions asked by young people and by all those excluded from our unjust systems.

Etched on paper and hearts: Marcel Lapointe, SJ
Marcel Lapointe: Jesuit, artist and teacher, an exceptional person, gifted with real and deep listening skills and an uncommon friendship
Story
Between pastries, tattoos and God
In Los Angeles, Homeboy Industries is a sacred place of hope.
Story
Planting Ignatian seeds: The work of Jesuit chaplains in Canada
The desire to lead young people closer to God and into a deepening relationship with Christ has been a hallmark of the apostolic works of the Society of Jesus, from the days of Ignatius himself up to and including the current moment.
Story