Supporting the formation of Jesuit priests and brothers 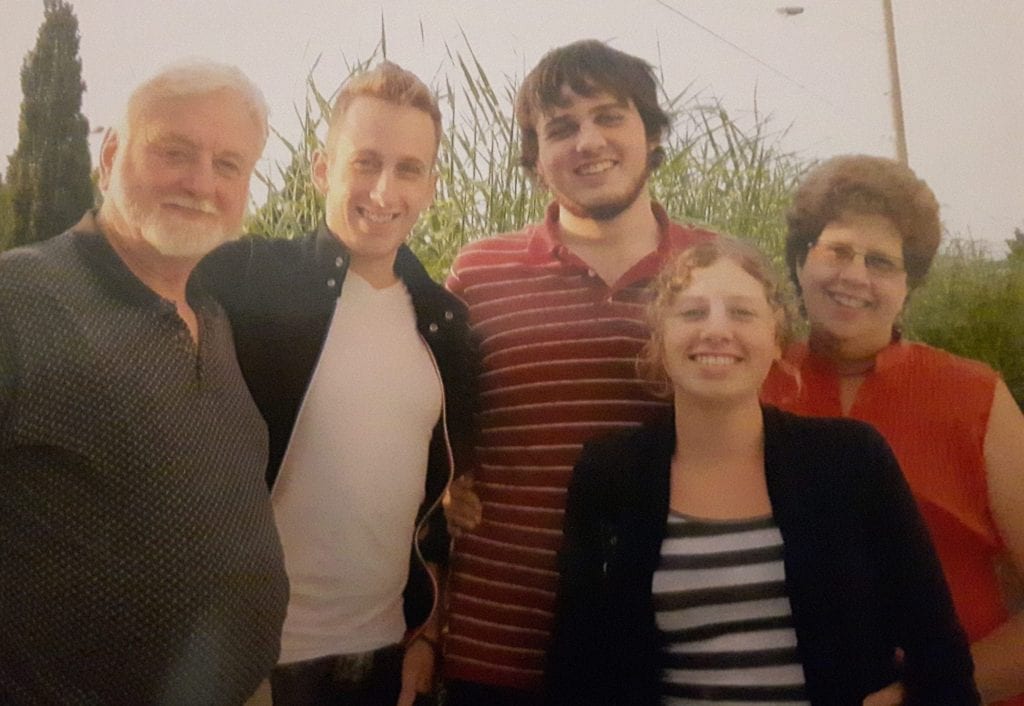 You could say their Catholic faith brought them together.

Jesuits of Canada supporters Bill and Rosemary Balmbra, former teachers, met at the Toronto Catholic District School Board’s “The Life in the Spirit” seminar more than 30 years ago.

The retired couple, who both worked ats teachers and principals, have always shared their spirituality and have always been active members of the parishes they belonged to; from assisting in a Children’s Liturgy, belonging to the Catholic Women’s Guild, serving as Eucharistic Ministers, and more.

“Living our faith and sharing it with our children was like breathing. It is who we are. We attend Mass, celebrate all the holidays, pray together as a family, and our children prepared for all the sacraments,” says Rosemary.

When the two met, Bill was discerning a call to the priesthood. He had spent some early years in a monastery in England and later studied at Regis College, the Jesuit theological school in Toronto. When the couple moved to Pickering, ON they found themselves near Manresa Jesuit Spiritual Renewal Centre, where they have both enjoyed taking retreats.

What an honour to contribute to the formation of priests and brothers.

“I have grown very fond of the Jesuits over the years; partaking in retreats, having the Jesuits celebrate Mass at our parish and knowing that they belong to our community have contributed to this,” says Rosemary.

The couple has frequented the Jesuit apostolate, Martyrs’ Shrine in Midland, ON, dedicated to the Canadian Martyrs. They have attended a number of Jesuit events, including the annual Jesuit Provincial’s Dinner and are very fond of Ignatian spirituality; using it in their prayer time. The former educators also value the Jesuits’ strong commitment to higher education, their manner of priests and brothers living and working together in community.

The Balmbras were blessed with three children, now aged 30, 29, and 27, and recently welcomed their second grandchild.

While the couple donates to a number of wonderful causes, they have made a commitment to the Jesuits of Canada and their formation program for young priests.

“Our cup continues to overflow with God’s love and mercy,” says Rosemary. “We decided to sponsor the formation of a Jesuit for a couple of reasons,” she adds. “Firstly, Bill enjoyed fellowship with many priests. Secondly, we need our priests. What an honour to contribute to the formation of priests and brothers.”

Being a Jesuit is meaningful and fulfilling: Father Robert Foliot
“Being a Jesuit is meaningful and fulfilling,” says Foliot. “There are thousands of people who have made me a better person, a better priest, and maybe I have helped them along their path,” he adds.
Story
The importance of giving: Ken Duggan
The retired World War Two veteran, engineer, and principal of a college of trades and technology, was active in his parish until just before COVID-19 hit.
Story
Faith through friendship with the Jesuits
When meeting husband and wife Bruno Arnold and Eleanor Fulcher, one might think they are another handsome and successful Toronto power couple; while the terms faithful and active Catholic parishioners might not come to mind.
Story