After a long absence due to the pandemic, guests were happy to meet up at the annual fundraising dinner which helps raise funds for men in formation, acknowledges Jesuits celebrating 50 years in the Society, and presents the Magis award to noteworthy recipients.

The relationship the Youngs have with the Jesuits has been fostered for many years. The couple attends all Jesuit events in the GTA from St. Ignatius Day, the Scotch Nosing fundraiser, a variety of talks, the Jesuit ordinations, and of course, the annual Provincial’s Dinner; have been on pilgrimage with the Jesuits, and generously support many different apostolates. Gail serves on the Jesuits of Canada Office of Advancement Board and both she and Bruce are active members of Our Lady of Lourdes Jesuit parish, in Toronto. 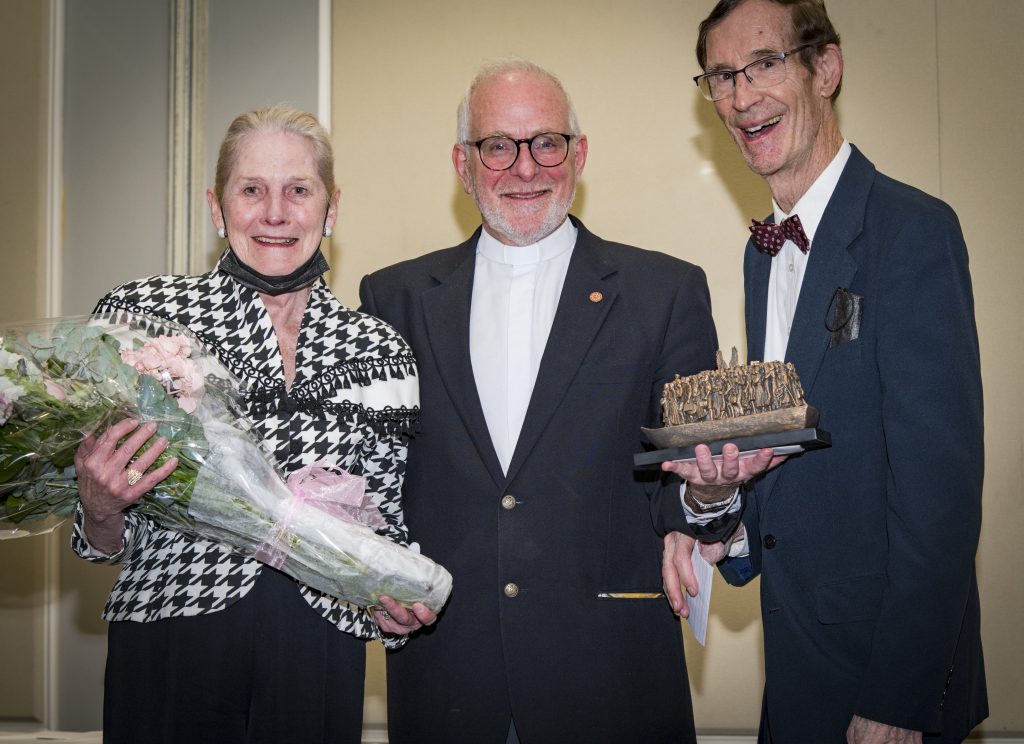 Their generosity has allowed the Jesuits to deepen, enhance, and expand ministry to God’s people in this large active parish, in a neighbourhood that is a crossroad of Toronto and even of Canada.

The Youngs have a keen sense of Ignatian spirituality and appreciate that Jesuit supporters are part of a larger community that prays for and helps one another. After much professional success in life, both say they want to give back to their community. The Jesuits are profoundly grateful for the Young’s enthusiasm, support, kindness, and prayers. 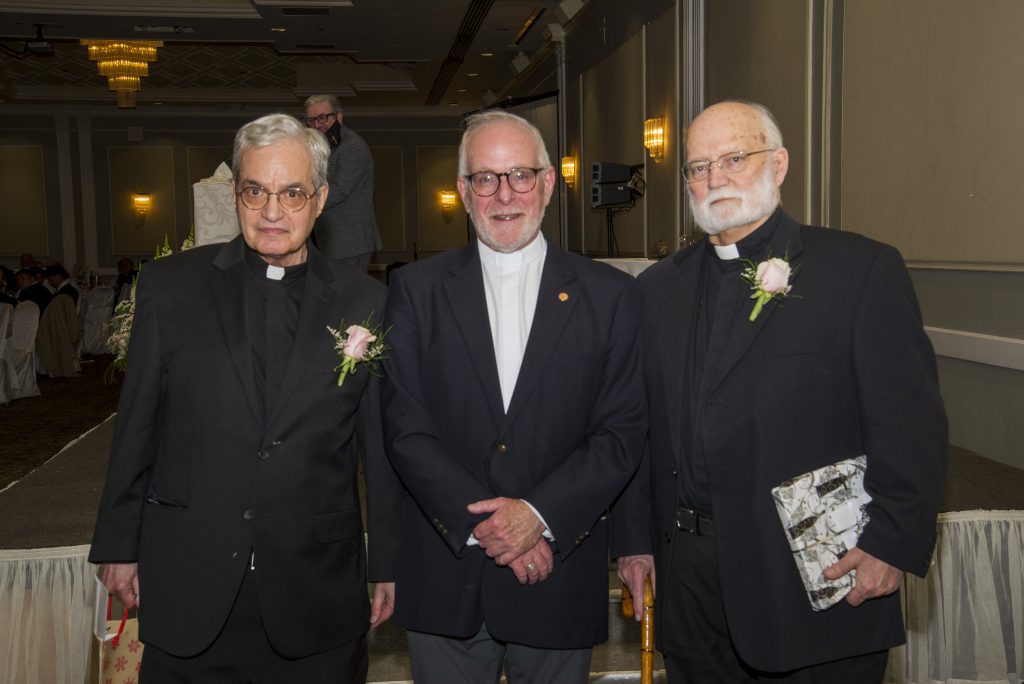 The Jesuits celebrating 50 years in the Society of Jesus are Fr. Pierre Bélanger, a communications expert, who has been based in the Jesuit Curia in Rome since 2018; Fr. Robert Brennan, whose work has revolved around education and who currently serves as chaplain at Loyola High School in Montreal; Fr. Gregory Carruthers, who has spent most of his Jesuit life as professor of theology and spiritual direction. He currently serves as an associate professor and spiritual director at St. Augustine’s Seminary in Toronto. Fr. Keith Langstaff has served many roles from spiritual direction, to teaching in places like Campion College, and pastoral ministry at Martyrs’ Shrine. He is currently praying for the Society of Jesus and it’s benefactors’ intentions at René Goupil, the Jesuit infirmary. And finally, Fr. Stephen LeBlanc who has served as a teacher and chaplain and since 1994 has ministered to thousands of pilgrims at Martyrs’ Shrine. 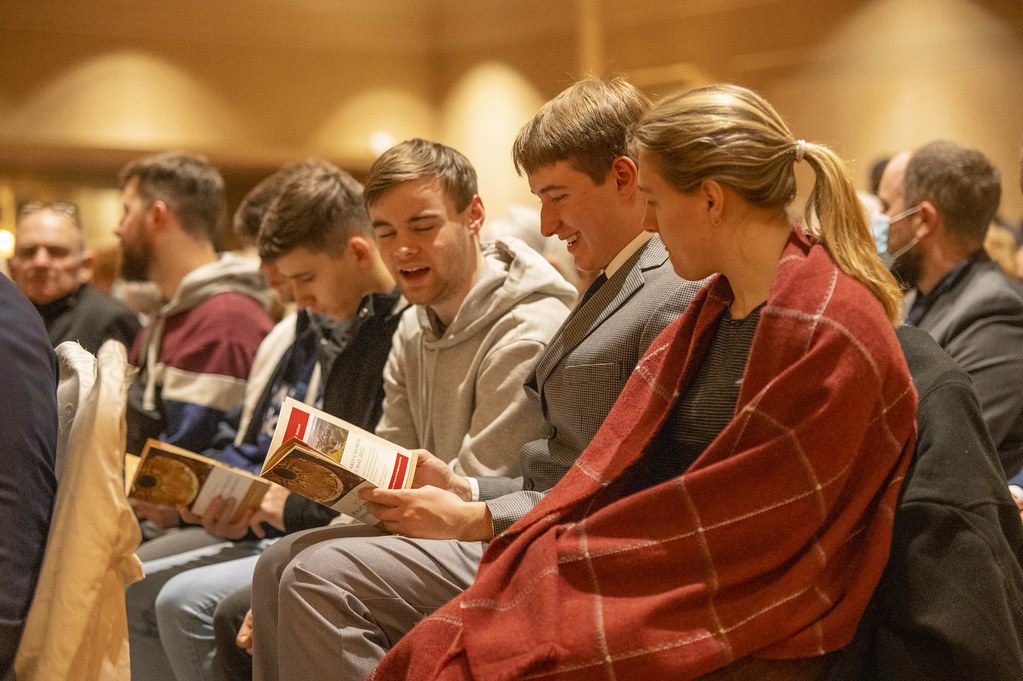 Ignatian formation beyond the classroom: The journey of Sonal Castelino, XMCJ, and Dan Leckman, SJ
Reflective of Ignatius of Loyola’s conviction that God can be found in all things, Ignatian formation also happens beyond the classroom.
Story
The Jesuits of St. John’s in missionary territory
The Jesuits are known for taking on difficult assignments, for their missionary zeal, and work on the margins of society.  Such is the case with the Jesuits in St. John’s, NL who are being called to help restructure the Archdiocese there.
Story
Jesuits and friends talk faith in a Toronto pub
"The beer tasting event was a great opportunity for young professionals and friends of the Jesuits to meet and mingle, and learn the colourful history of a few young Jesuit vocations," said Fr. O’Brien.
Story