Faith in God & Service to Others: Fr. Sami Helewa 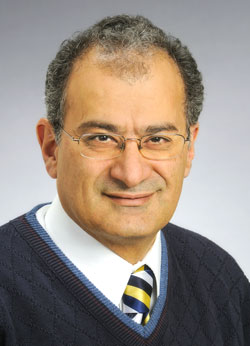 Since last year, Fr. Sami Helewa has been working on stained glass window designs. One of the projects he created was of a hummingbird facing a gentle wind, well-balanced by the energy of its tiny wings, but looking forward. These three activities: facing life, having a well-balanced energy, and looking forward, are what he says are the prayerful strides of a vowed apostolic Jesuit life.

Fr. Helewa’s life began when he was born to a Palestinian family in Beirut, Lebanon in 1961. Sadly, in the 1960s, the Palestinians did not have a recognized Palestinian homeland and were left with the painful memories of dispossession and statelessness.

“We faced life with faith in God and with the conviction that an education and serving others would help compensate for having no country,” says Fr. Helewa.

He completed his high school education in Lebanon, post-secondary studies in Canada, the US, and the UK. His first career was in finance and he even spent a short period in journalism, when he started writing for the publication, G-7 Report. The writing experience, he says, helped prepare him for a better sense of social justice, which brought him to theology and interfaith relations. Consequently, he joined the Society of Jesus in 1998 after a careful discernment period and theological studies at Regis College in Toronto.

“Clearly, God’s hand was leading me into religious life in the Society of Jesus,” says the priest. 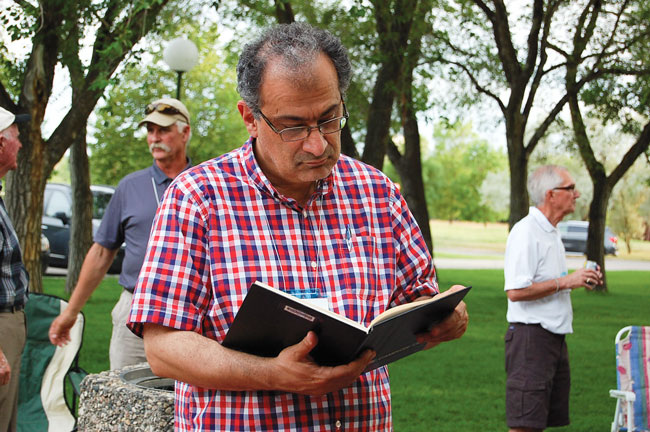 From a young age, Fr. Helewa learned to pray and love the Church. The Spiritual Exercises helped him mature in the growing awareness of God’s presence in his life. He considers his first religious vows as gifts to the Church with a sense of Jesus’ life and values.

His favourite prayer, he says, is the colloquy, or dialogue with the Lord, at the foot of the Cross, where all reality becomes truth. This is where daily examination of the conscience roots him in God’s reality in his own life.

“My hero remains Jesuit Saint Peter Claver, given his life witness and service for the underprivileged slaves of his time,” says Fr. Helewa. “I sense his saintly importance each time I hear of refugees arriving on our western shores. Given that today’s refugees do not have Moses to lead them through the waters, their manifested courage has changed some nations’ policies towards compassion. Effectively, refugee stories carry God’s message of mercy to each existing vocation in the Church.” 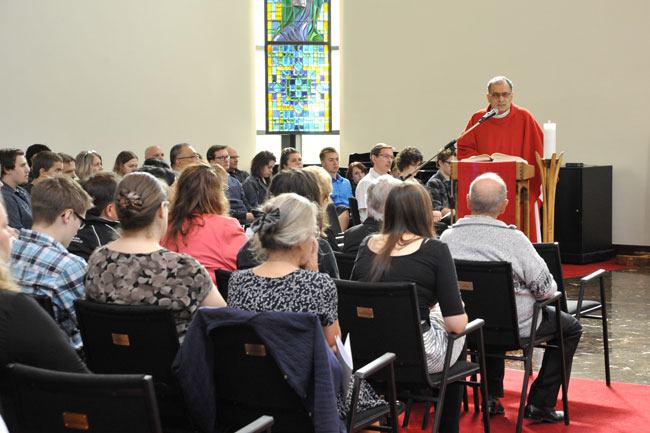 During Fr. Helewa’s Jesuit formation, he sensed God’s challenging invitation to consider Islamic studies as a Jesuit mission of reconciliation. After earning a doctorate degree in Islam from the University of Edinburgh, UK, in 2012, he started teaching in the department of religious studies at Campion College, at the University of Regina, SK, while concurrently directing Catholic Studies and living the life of a Jesuit superior in the community. 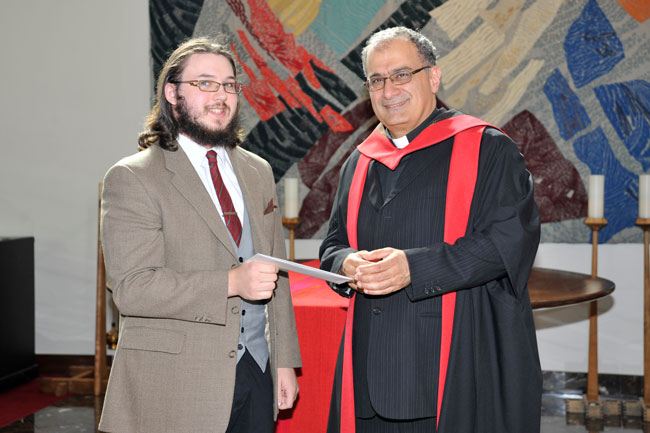 In higher education, he says, he encounters today’s youth in search of dialogue with life and what roles they aspire to take. He says he cannot imagine any ministry going well without the openness guaranteed by dialogue.

Meanwhile he says he is looking forward — like the hummingbird — for final vows in the Society of Jesus.