COVID-19 and the vulnerable: Jesuit works in Canada look at the social divides exposed by the pandemic

COVID-19 has struck across the planet, but not always in the same ways. Divides between the countries of the Global North and the Global South, or even between the most privileged and the most vulnerable within the same society, such as here in Canada, have been made painfully apparent by the ongoing crisis. 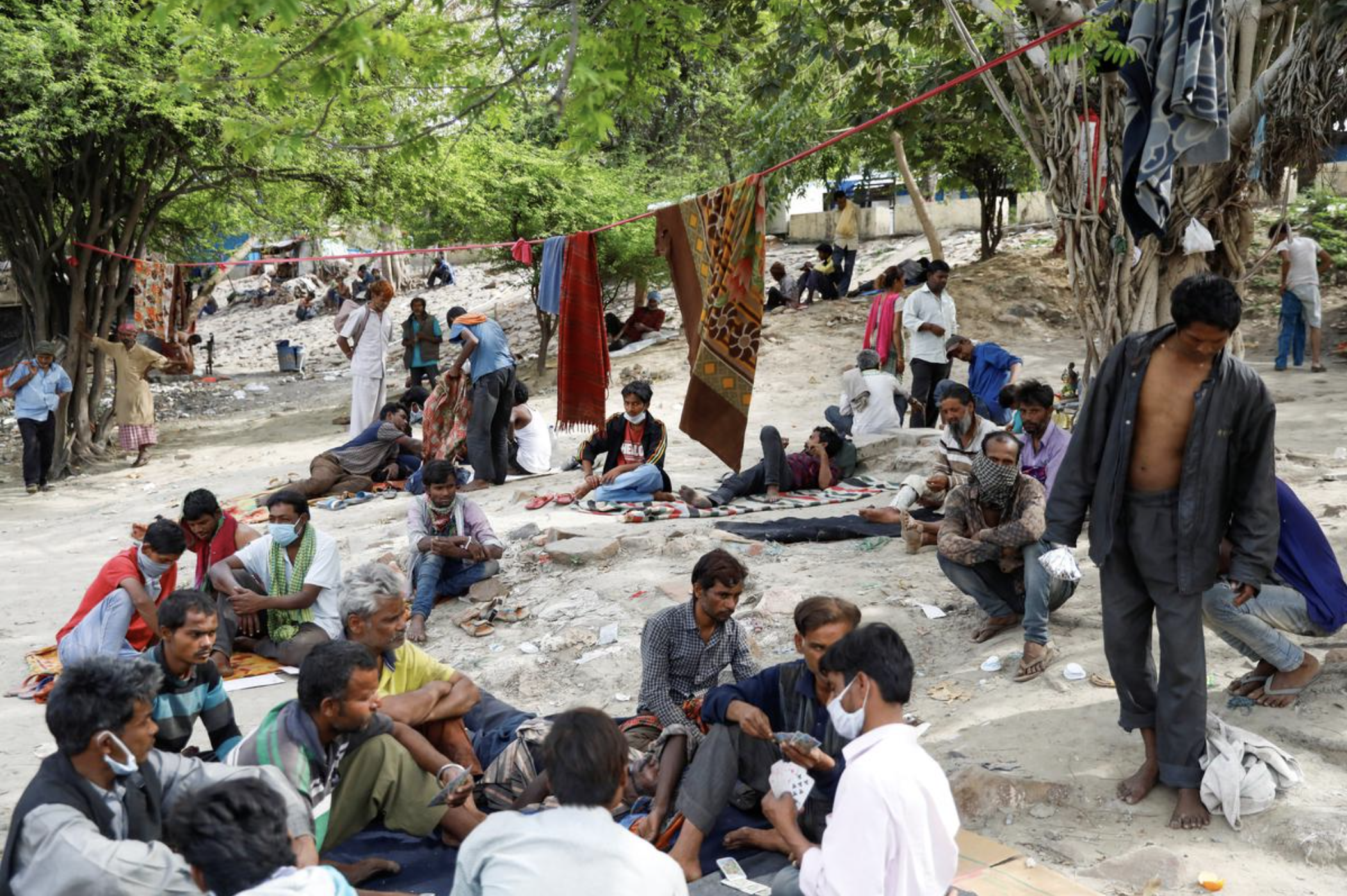 What are the greatest needs that Jesuits and their colleagues in Canada should be responding to? How are they working towards more justice on a provincial and international level? Jenny Cafiso (Director of Canadian Jesuits International), Norbert Piché (National Director of the Jesuit Refugee Service) and Élisabeth Garant (General Director of the Centre of Justice and Faith and the Relations magazine) describe the situation for the most vulnerable.

How can Jesuit works respond to this crisis? All seem to agree that it begins with fostering an inner life and finding deeper meaning at both personal and communal levels, movements that help to identify and address the systemic causes of injustices.

“The pandemic has been devastating for individuals and countries irrespective of wealth and status. Yet it has also exposed deep cracks in our society. Its effects have been felt especially among the weakest members of every society, including our own. Its devastating effects on countries already suffering from structural poverty and inadequate health services are now becoming fully apparent. There are already fears for the post lockdown reality, which could mean suspension of labour laws, loss of environmental protection, and starvation,” said Jenny Cafiso as she explained the consequences the pandemic has had here and in other countries. 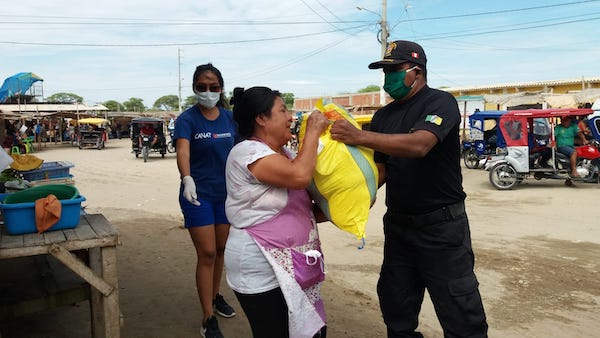 “The stories we hear from our friends and colleagues in Africa, Asia and Latin America about COVID-19 are shocking, deeply moving and inspiring at the same time,” she continued.

“In India, hundreds of thousands of migrant labourers were locked out of their jobs and homes overnight. Some collapsed and died on the roads as they walked hundreds of kilometers to reach their villages. Starvation has become a reality for thousands of people.”

“The president of the Jesuit Conference in Latin America, sobbed as he told us of his fear that COVID-19 could lead to the destruction of entire Indigenous populations in the Amazon. Brazil is now the country with the fourth-highest death toll. Indigenous communities along the Amazon river are particularly vulnerable. The urgent need is for medical assistance in the villages and advocacy for these communities.”

Élisabeth Garant said much the same thing: “The current health crisis we are facing as part of the COVID-19 pandemic has proven to be a real eyeopener, revealing the cracks in our society and the inequalities that exist within it.” This is the case, for example, in Montreal.

“The hardships faced on a daily basis by those groups who are the most vulnerable or discriminated against in our society— the elderly, the homeless, Indigenous or immigrants— cannot be ignored in the way they have been up until now, despite many attempts to call out the difficulty of their situation before the pandemic. The number of cases and deaths tallied day after day, as well as the inequitable access to resources that undermines the sufficient protection of many neighbourhoods in Montreal, or certain regions, means we now need to tackle these issues that have been keeping in our blind spot.

One of the most significant examples of the need to raise awareness is the situation in Montreal-Nord. As we are reminded by the excellent interview with one of my colleagues in the Vivre Ensemble sector, Bochra Manaï, Director of Parole d’ExcluEs, this neighbourhood is home to many racialized people, notably Haitians and Maghrebians (Algerians, Tunisians, Moroccans). For many migrants, the devaluation of their qualifications and the precariousness of their immigration status leads them to serve the needs of Quebec society, particularly as health workers, taking on demanding and often underpaid posts. The presence of many of these workers in Montreal-Nord explains in part the higher risk of contagion within the community.”

The response of Jesuit works across the world

The Jesuits and their colleagues have quickly become aware of the new situation linked to the pandemic and have started to respond to the needs of people across the world. As such, Jenny Cafiso explains that, in India, “the Jesuits are responding with food assistance, health care, education for prevention and advocacy on behalf of the migrant workers and daily wage earners.” Furthermore, in Africa:

“The Jesuits are assisting poor and vulnerable people in at least 25 countries, reaching some 24,264 families, with food, health care, and protection equipment. They also spoke of the need to build resilience, long term food security and of addressing structural economic inequities. The World Bank has predicted the coronavirus will push 40-60 million people into extreme poverty globally and sub-Sharan Africa will be the hardest hit.”

To read more stories from around the world, you can consult CJI’s website.

The response of Jesuit works in Canada

Both the COVID-19 crisis and, more broadly, the divides in Canadian society need to be addressed. “The demands made by community and human rights organizations, such as raising the minimum wage to 15$, raising the salaries of frontline workers and ensuring better living conditions in poorer neighbourhoods, should all be part of the solution that we put in place for the future,” noted Élisabeth Garant.

So, where do the Jesuits and their colleagues fit into this situation? According to Élisabeth Garant :

“Our current situation allows us to see that the engagement of Jesuits and the mission of the works founded over the years, as well as the directions they have taken in recent years, are all helpful things that can contribute to thinking differently about the future. Think about the work that the Centre Justice et Foi already does analysing the political situation, for example, notably in its Relations magazine, which has outlined certain pitfalls that should be avoided after deconfinement.

It’s the same for the inspiring example of the Ferme Berthe Rousseau, which has outlined models for living, consuming and engaging with the environment that more people will need to follow for the survival of humanity and all of Creation. Even in regards to reflection on the inner self— which has suffered greatly during the pandemic— social and spirituality works led by the Society of Jesus can and should contribute to fostering a sense of inwardness which a significant number of people have become more aware of thanks to the pandemic, so that we can leave the market mentality that dominates our world.”

But these works also need to adapt to the immediate reality that faced by many. They are called, for example, to think of those who have just arrived in Canada and who, as a result, do not know or have no access to basic services (health, education, legal protection), as Norbert Piché explains.

“The Jesuit Refugee Service is keeping in contact with refugees and their sponsors over the telephone and online. Social isolation is difficult for everyone, but especially for those who have only just arrived in Canada. Many do not have the language skills or knowledge about our society to navigate all their new experiences. We are also keeping up to date with all the news and are communicating them to the people they concern. At the same time, we periodically phone these people to ensure that they are ok and understand what is happening.

For those with insecure status who cannot access governmental programs, the JRS is advocating on their behalf, calling for aid for these people who often work in jobs which are not protected or have lost their jobs and now no longer have access to the government programs or healthcare.

Our team is also inquiring into the ways in which the closing of the Canadian borders is affecting asylum seekers. We have asked that borders remain open for those feeling from violence through press releases and articles and have spread this information on our social networks. Finally, we are working with our partners in Central America, North America and the Caribbean to better respond to the new situation.”

Finally, it should be noted that it is often the very people we accompany who give us hope and encouragement. “Marisela from Mexico wrote to us, ‘I pray in solidarity with you. We share the same planet and we are now sharing the same challenge, even if in a different context. Thank you for your solidarity which feeds the heart and gives us courage to continue this beautiful work for the Kingdom,” concluded Jenny Cafiso.

An Update on The Gesù, A Jesuit Hub in the Heart of Montreal
A new context places the Gesù-Centre de créativité within the Canada-wide network of Jesuit works and communities as an important and meaningful hub for the Jesuits, who want to increase their presence in downtown Montreal.
Story
Contemplating the Anishinaabe Stations of the Cross
In the Church of the Immaculate Conception in M’Chigeeng First Nation on Manitoulin Island, the fifteen Stations of the Cross are paintings by the noted Anishinaabe artist Leland Bell of Wiikwemkoong First Nation, also on Manitoulin Island.
Story
A reflection by Rosella Kinoshameg on the remains of 215 children at Kamloops
Rosella Kinoshameg, DOS, is an Anishinaabe woman and a Wiikwemkoong community member. She presented this reflection on June 3rd, when a memorial service was held inside the "Ruins".
Story