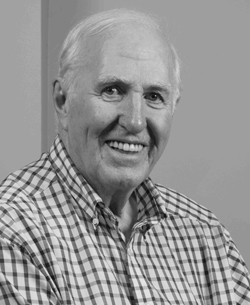 Father Norm Dodge, SJ doesn’t like talking about himself but prefers listening to others when they speak. This gift for listening well goes back to his years of being present for others during his lengthy career in the field of social work.

“I’m more of a listener than a talker and you have to be a good listener to be effective in social work,” says Fr. Dodge.

No longer able to visit with parishioners and clients, today the 88-year-old Jesuit lives at René Goupil House, the Jesuit Infirmary in Pickering, but still graciously takes calls and meets with visitors.

Born in St. John, NB and raised in Montreal, Fr. Dodge was the youngest of four surviving children, (his twin passed away in childbirth). He exhibits all the warmth and kindness one expects from a good priest and counsellor.

His entrance into the Society of Jesus was slightly delayed due to a bout of Tuberculosis in his early 20s. He still remembers his mother and sister Connie caring for him during this difficult period. Connie was his last remaining sibling. She suffered from Alzheimer’s, but Fr. Dodge still managed to visit and be present for her until she passed.

“Some people don’t have time
and I had the time to sit and listen to others.”

After studies at Regiopolis (Kingston), Campion College (Regina), and Regis College (Toronto), Fr. Dodge studied social work in Ottawa and with the Federation for Catholic Charities in Montreal. From 1978 – 1990, he worked as a social worker and specialized in pastoral ministry to seniors and shut-ins, logging in countless hours with people in need, community groups, and volunteers. He was also instrumental in training volunteers who worked with seniors and shut-ins.

Fr. Dodge fondly remembers all the years and hours he spent doing social work, “Some people don’t have time and I had the time to sit and listen to others. It was a really wonderful experience.” He remembers visiting one elderly man who was never visited by anyone else but the food delivery service Meals on Wheels.

His path took a slight shift when in 1990 Fr. Dodge took up an invitation to volunteer for the Jesuit mission in Jamaica, where he served as pastor at St. Theresa’s Church in Kingston for three years. Upon his return to Ottawa, he continued his pastoral work with seniors until 2015, served as superior of the Jesuit community in Ottawa, and as province consultor from 1997 – 2003. In May 2016, he arrived at René Goupil House. 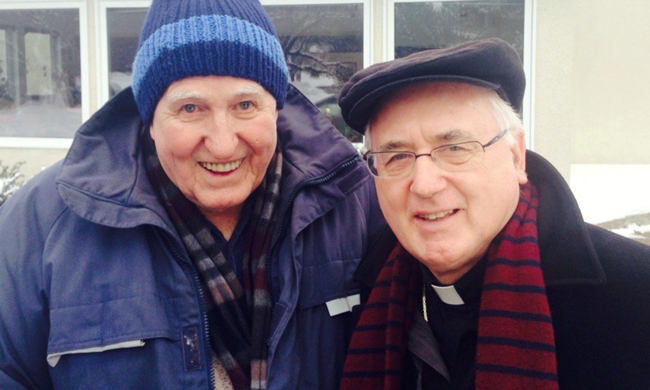 Today, Fr. Dodge is active in the ministry of prayer at the Infirmary and fondly recalls the wonderful life the Lord has given him. “I’ve been very blessed in so many ways and I am very grateful for that,” says Fr. Dodge. He is especially thankful to Jesuit friends and donors, “I want to especially thank our donors for their dedication and long years of support. Without them we really couldn’t do what we are doing.”