January 22, 2016 — Undeterred by a massive winter storm bearing down on the Washington, D.C. area, students traveling from as far as Missouri and Colorado gathered in St. Aloysius Church on the campus of Gonzaga College High School this morning to attend the Jesuit Mass for Life. 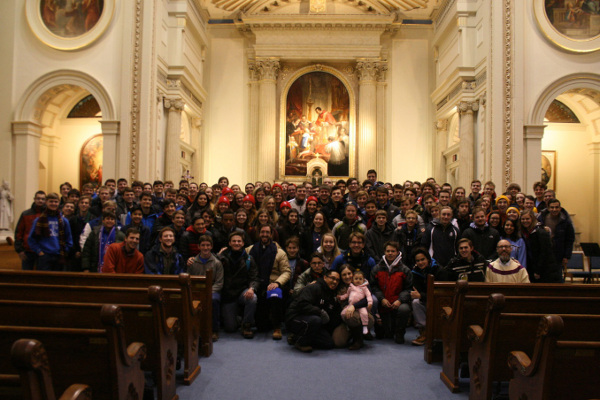 Each year, students attending Jesuit high schools, colleges and universities across
the country travel hundreds of miles to participate in the Mass at St.
Aloysius, within sight of the U.S. Capitol. The Mass is followed by the larger March for Life on the National Mall. 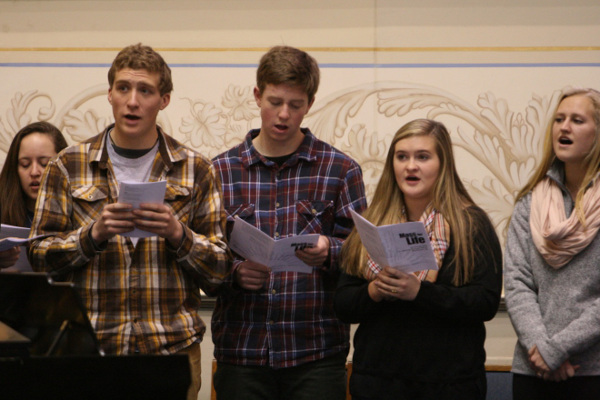 Students from Regis Jesuit High School in
Aurora, Colorado, stepped up last minute to perform in the choir.


Father Timothy Kesicki, SJ, president of the Jesuit Conference of Canada and the United States, presided at the Mass, and Father Patrick Gilger, SJ, offered the homily. Jesuit Michael Wegenka, a scholastic studying theology at Boston College, led students from Regis Jesuit High School in Denver in an impromptu a cappella choir after the original choir was unable to attend due to the impending storm. 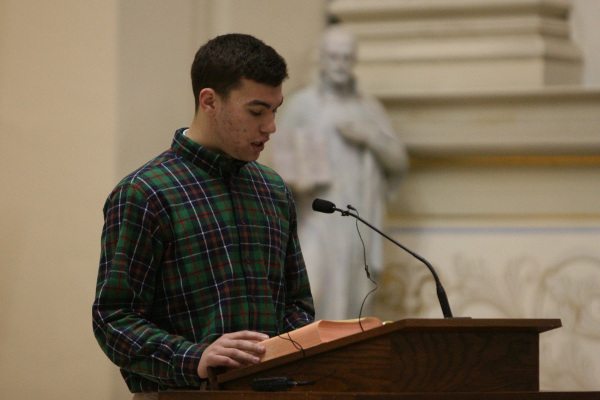 Jack Quinn, a member of the class of 2016 at Georgetown Preparatory School in North Bethesda, Maryland, read the first reading.

“I think it’s really challenging in some ways to figure out how to preach to a group like this, in that the group is here for a united reason and they’re already motivated to be a part of all this,” Fr. Gilger said. “It’s fantastic. But then the question is, we don’t just want to allow people to remain exactly where they are. We want to find out where there’s a point of challenge. How is the Lord calling us, prophetically, in those moments to pay attention? What more is there available?” 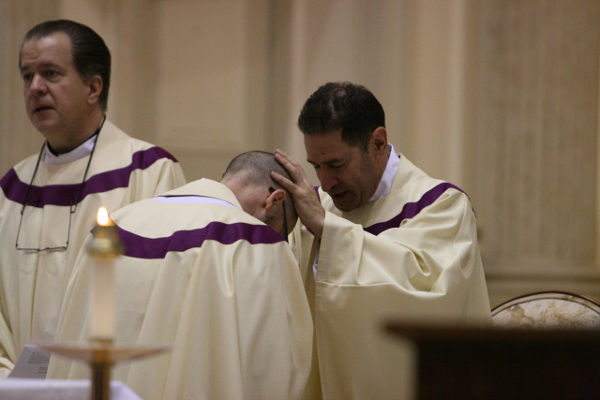 “Jesus calls you to act as he did,” Fr. Gilger said, asking students to “always begin with mercy, with others and with ourselves” as a form of penance. He said his biggest goal for speaking to the students was “to encourage people in what they’re already doing, support them, and to see the joy that’s there, but also to look around at the sorrow and say, in the midst of that recognition of sorrow, we pray and do penance for our own sins and the sins of our country that is deeply a part of us, that we’re a part of.”

“I really enjoyed the homily by Fr. Paddy. His words of mercy really hit home with me and it struck me as very powerful,” said Holden Madison, a student at Gonzaga College High School who was attending the Jesuit Mass for Life for the first time. “I thought this was a really encouraging experience.” 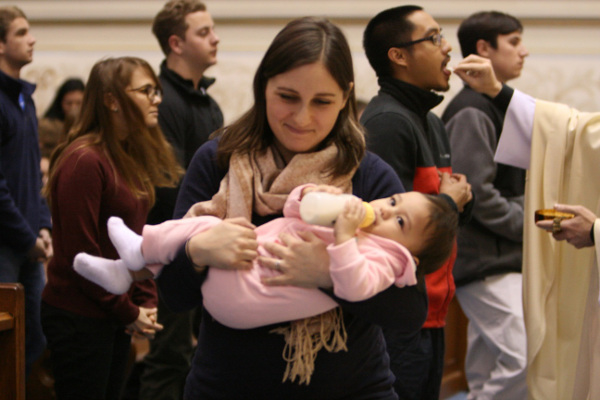 After the Jesuit Mass, students and chaperones trekked out of St. Aloysius to the rally and march on the National Mall, which began just as the first few flakes of snow started to fall in D.C.