February 19, 2019 — The Society of Jesus has four new core preferences that will guide its mission for the next 10 years, Jesuit Superior General Father Arturo Sosa announced Tuesday. 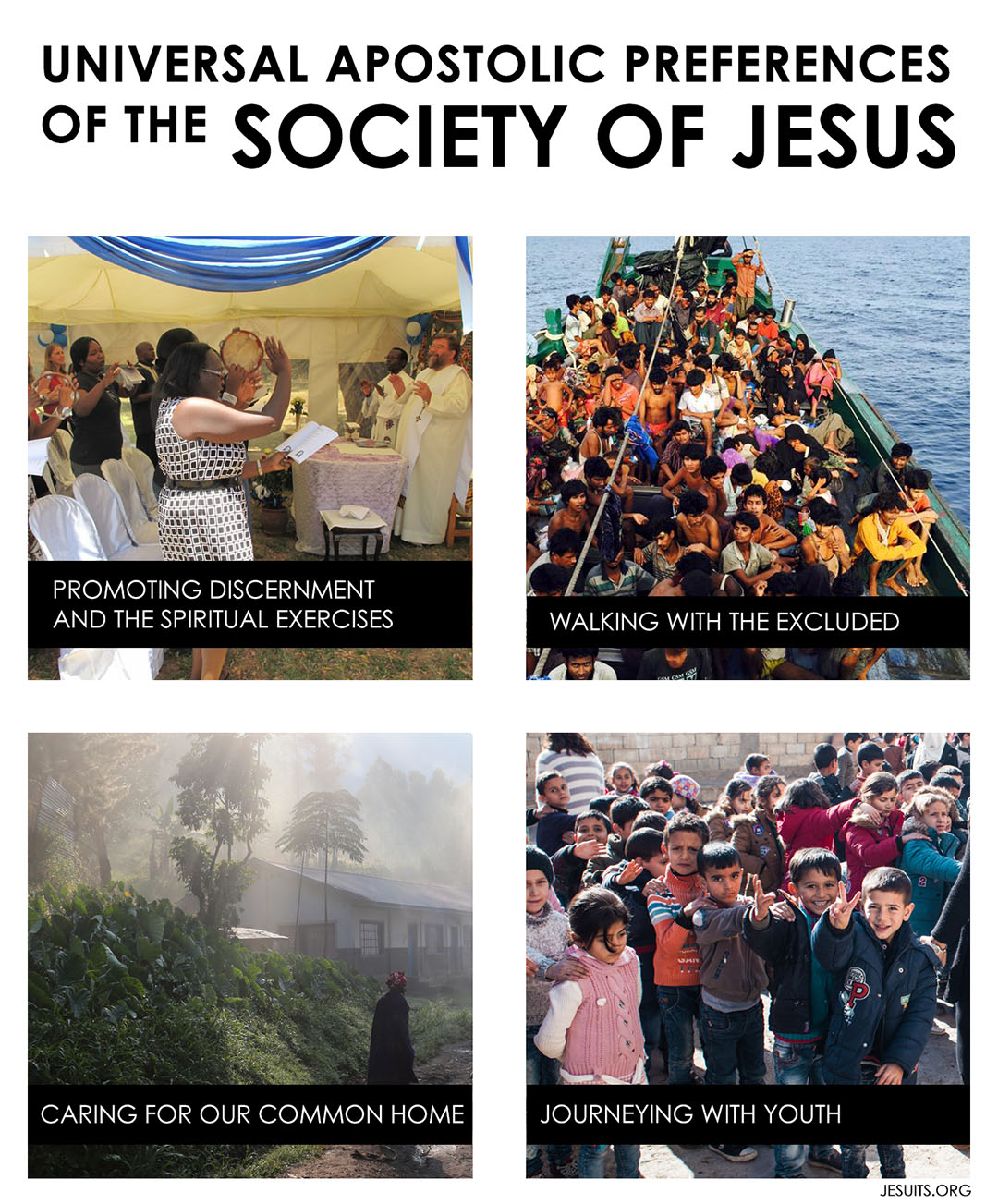 Called “Universal Apostolic Preferences” (UAPs) and crafted through a 16-month dialogue process with Jesuits around the world, the preferences include promoting discernment and the Spiritual Exercises; walking with the excluded; caring for our common home; and journeying with youth.

“Our desire has been to find the best way to collaborate in the Lord’s mission, the best way to serve the Church at this time, the best contribution we can make with what we are and have, seeking to do what is for the greater divine service and the more universal good,” Father General wrote in a letter introducing the UAPs to the whole Society of Jesus. “We have lived through a process that has produced, step by step, a consensus that we believe is guided by the Holy Spirit.”

The UAPs replace apostolic priorities that were released by then-Superior General Father Peter-Hans Kolvenbach in 2003, which prioritized ministries in China, Africa, the intellectual apostolate, the Roman houses, and among migrants and refugees.

The new preferences should be seen more as orientations, “as an itinerary for our pilgrimage, a horizon towards which we can journey, as four vectors of growth, four cries of the world to which we must be ever more sensitive.” “Each of these images,” he continued, “captures the intention of the preferences. It is to live the Magis today and now.”

The worldwide discernment process leading to the update focused on three main questions: “Where do we hear the call of Jesus today as He carries His cross in the world?” “What is the Church asking of us?” and “Where are we most needed?”

“I hope the UAPs will challenge Jesuits and our collaborators to think critically about our work in the world and to take bold action in sharing the Good News of Jesus Christ,” said Fr. Timothy P. Kesicki, SJ, president of the Jesuit Conference of Canada and the United States and a participant in the UAP dialogue process. “The UAPs aren’t a new program to implement, though they might lead us to start new programs. Rather, they reflect certain movements of the Holy Spirit we encountered through the discernment process that point a way forward. The UAPs should help sharpen our focus on what’s really central to our mission at this point in history.”

Throughout the preparatory dialogue, several central themes emerged: accompaniment with the people of God at every stage of life and in every social setting; sharing the gifts of
Ignatian Spirituality with a broader audience; and caring for God’s creation. Father General and his team boiled them down to the four priorities and shared them with Pope Francis earlier this year. The Holy Father replied with a single question: “Is this what you need the Society of Jesus to be doing at this point in its history?” After a period of prayer and reflection, Pope Francis returned the UAPs to Father General — not just as a document, but as a mission to the Jesuits from the Holy Father himself.

“The preferences seek to unleash a process of apostolic revitalization and creativity that makes us better servants of reconciliation and justice,” Father General wrote. “Let us undertake this process, designing it and assessing it in accord with persons, times, and places in the light of the Church’s orientations and the Spirit’s guidance.”