A Bible and the scent of jasmine: Tools for discernment 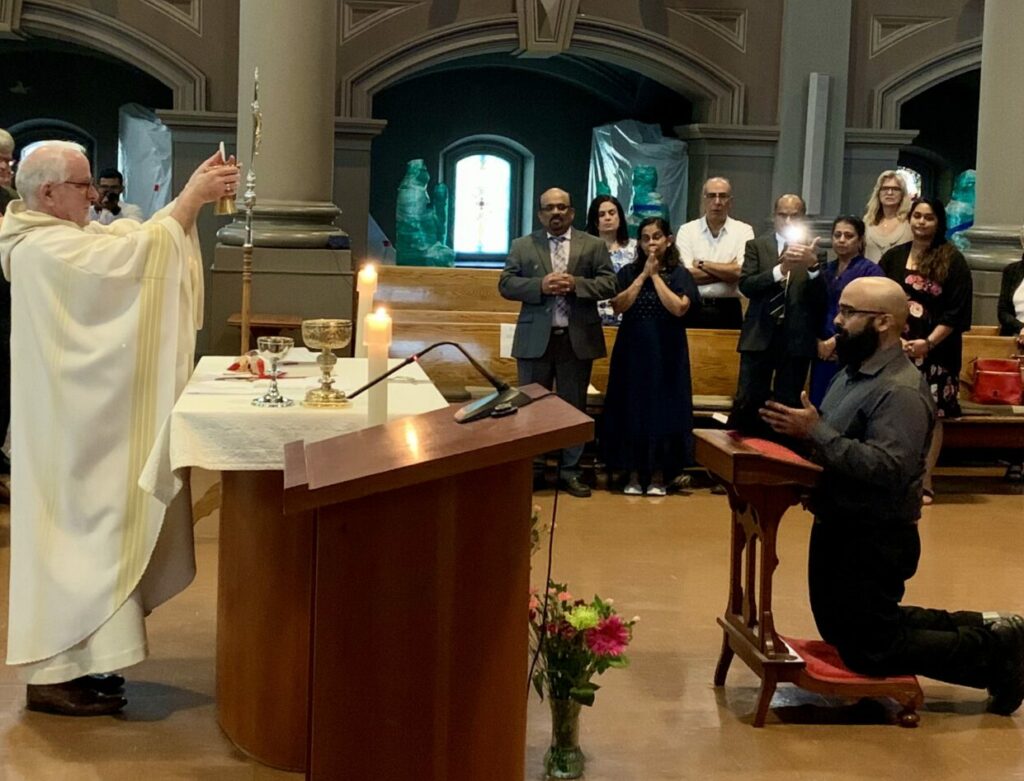 Abin Mathew, SJ, discerned his vocation with the guidance of his family and the Virgin Mary. Now, he’s in his first year of philosophy studies at Fordham University in the Bronx, New York, and serving at an after-school program for children in the Bronx. His is a journey marked by deep faith, embodied in concrete experiences of service to others.

You grew up in Saudi Arabia, India, and Canada. Tell me about your childhood and how it shaped your faith. 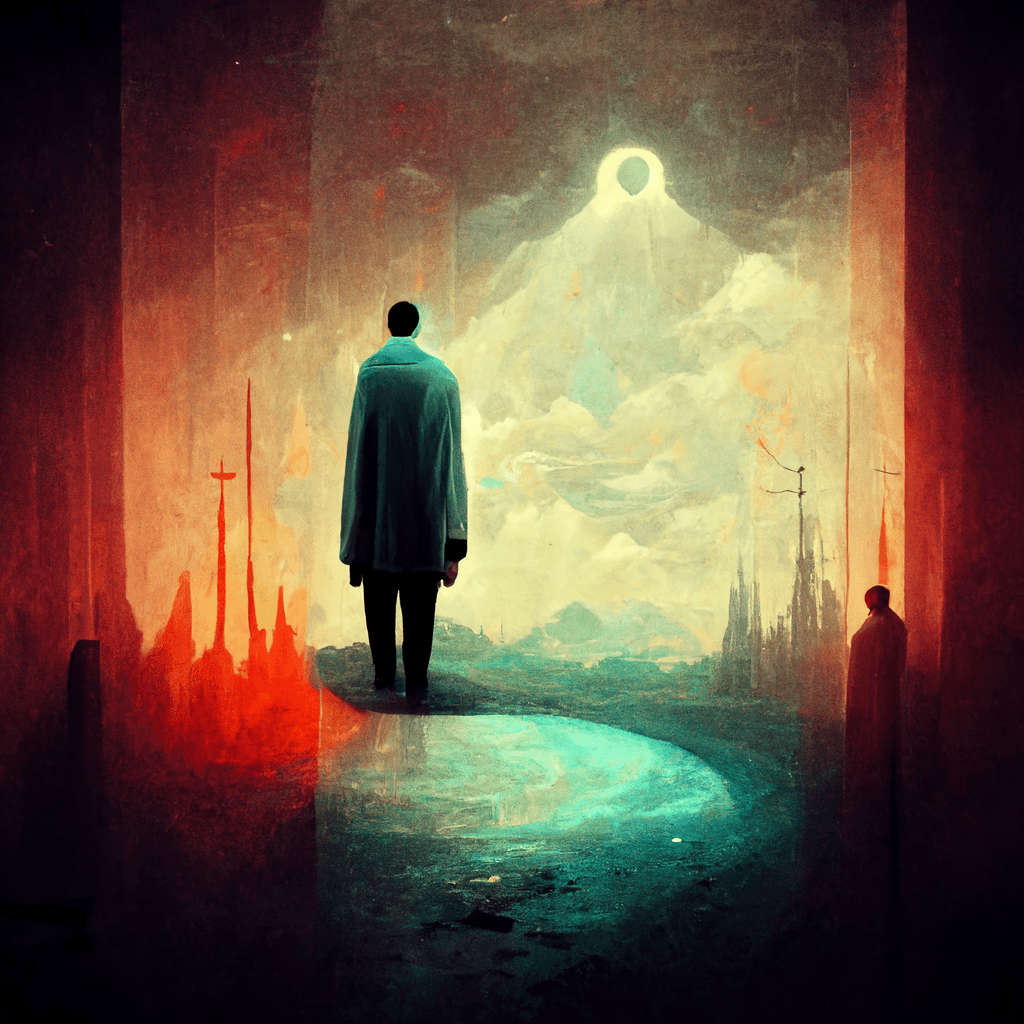 My parents are from India, but they were working in Saudi Arabia when I was born. We lived in a wonderful community of immigrants, all of them from south India. But you don’t have a lot of freedoms in Saudi Arabia, especially if you’re Catholic. We couldn’t even go to Mass on Sundays.

Every year, we would go to India for a month, and I remember my parents taking us to Mass every morning for those 30 days to make up for not being able to go the rest of the year. So, at that age it was clear to me that religion was something my parents considered to be very important, and so, I should take part in it.

Every year, we would go to India for a month, and I remember my parents taking us to Mass every morning for those 30 days to make up for not being able to go the rest of the year.

When I was twelve, we moved to India. I attended boarding school there, and that’s when I really started to wrestle with two worlds that seemed to appear before me. As a new kid coming into school, I was thinking: I have to say the right things, wear the right clothes, and play the right sports in order to be considered cool. At the same time, I’m reading the Bible that my grandmother gave me, and there is this other world where you forgive, you love, you sacrifice, you want to serve, you want to be last. As a teenager, I didn’t really know what to do with this or which world I should be chasing.

How were you able to come to clarity in your discernment?

In 2014, I attended a retreat with my grandmother, and it was there that I first had the thought that if this world is real, if God is real, then I want to love everyone; I want to serve everyone; maybe I should be a priest!

It sounds like your grandmother was present at some important moments along your faith journey. Did any other women shape your vocation?

Actually, Mary played an important role! When I was fourteen years old, I went to a retreat where the director encouraged us to pray the rosary all night. So, one night I was praying the rosary in front of a huge statue of Mary, and the smell of flowers hit me. I sort of dismissed it and thought someone must be wearing strong perfume. After the retreat concluded, it happened a few more times, but I still didn’t think much of it. Then one night I was lying on my bed, lazily saying a rosary when the scent hit me again. I prayed to Mary and said, if this is really you, send me another scent as a sign. As soon as I said it, the smell of jasmine hit me, and I thought, this is crazy! Before, I had been smelling a generic floral scent, but now suddenly, it’s a smell that I recognize and love. It was an important affirmation for me, and I continued to pray for Mary’s guidance on my journey. 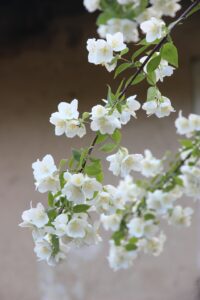 So, one night I was praying the rosary in front of a huge statue of Mary, and the smell of flowers hit me.

You just professed first vows in August of 2022. Where have you found joy in your time with the Society?

I have a strong calling to work directly with people, so I’ve found a lot of consolation in the ministries where I’ve served.

During novitiate I spent six weeks serving in a home for people with disabilities. I would help out with whatever needed to be done — cleaning, doing dishes, playing with the children. I loved it. There was so much joy as soon as we walked in. The organization was called Les Enfants d’Amour, the children of love. Originally, I thought the name must refer to the fact that these children are loved and cared for by the people who work here. But as soon as I walked in, I realized the name refers to the children’s joy and abundant love, not ours.

You also worked with young people at a Nativity school for five months. What did you learn from that experience?

The school serves one of the poorest neighborhoods in all of Canada. I was working with Indigenous children and families, recent immigrants, and refugees. The experience gave me a lot of perspective on Indigenous life in Canada and the cycles of trauma families have experienced. 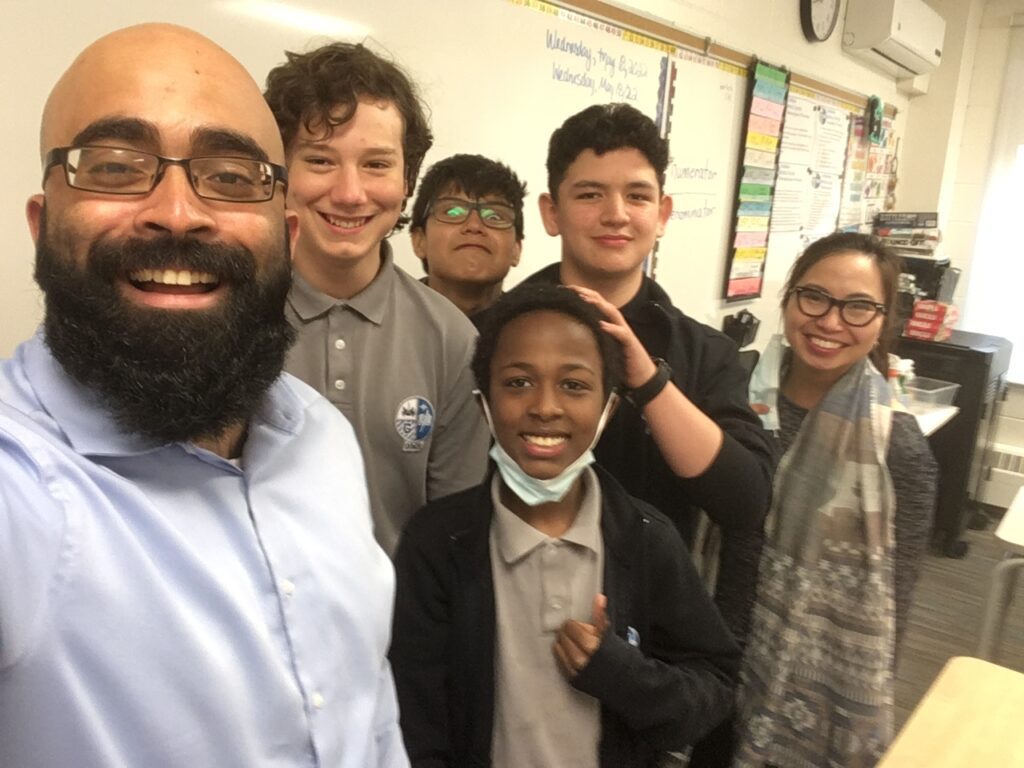 I also learned a central part of our charism [spiritual gifts]: the importance of walking with people and learning from them what they need, instead of imposing our own solutions. That only works when you’re able to walk with others as equals, which is what we’re called to do.

I also learned a central part of our charism [spiritual gifts]: the importance of walking with people and learning from them what they need, instead of imposing our own solutions.