George O’Neill died peacefully in the Lord on April 29, 2020 at the Ajax-Pickering Hospital. He was in his 78th year and in religious life for 57 years. He was born in Kitchener, Ontario, the son of George O’Neill and Clara McElhone. His early schooling took place at St. Jerome’s High School and College, an institution directed by the Resurrectionist Fathers. George entered the Society of Jesus at Guelph on 14 August 1963. After first vows in 1965 he went for philosophy to Mount St. Michael’s in Spokane, Washington. He did two years of regency at Gonzaga High School in St. John’s, Newfoundland starting in 1967. Theology followed in 1969 at Regis College, Willowdale. Near the end of theology George was exhibiting symptoms of bipolar disorder and would not be advancing to priestly ordination. So, he spent a year studying education at the Ontario College of Education and then went to Loyola High School (Montreal) in 1974 to teach.

George was granted a leave of absence at the beginning of 1975 and at that time joined A.A. He was scrupulous in his efforts to avoid even a drop of alcohol and was proud to claim 45 years of sobriety! George remained a scholastic all his life; the Society would not dismiss him due to his fragile mental condition. So, he was appointed assistant librarian at Regis College in 1977. George carried this responsibility well until 1988 when he moved to Manresa Retreat House and René Goupil House in Pickering. While not physically disabled he did need medical attention and supervision in monitoring his health.

During his time at Pickering George wrote many comprehensive reports for the Province Newsletter. He had a pleasant personality and a charming smile. He always welcomed visitors and loved talking to people. Every year months before Christmas, he began sending out long letters full of pictures mostly of his family and of himself. He wrote about his life and health, news of his family and of his latest activities. In his early life George was also a fine photographer. He was especially appreciative of the beauty and goodness to be seen in the growth to maturity he saw in adolescents. He actually published a photo journal about young people. Watching the Santa Claus parade on TV was an annual highlight for George. He loved clothing and was always attentive to the colours he and others wore. There was a disarming simplicity about George which masked the psychological suffering he bore nervously but patiently within. Who can ever forget his grateful smile!

Funeral Services will be delayed. Further information will be posted on the website of Rosar-Morrison Funeral Home (Toronto) 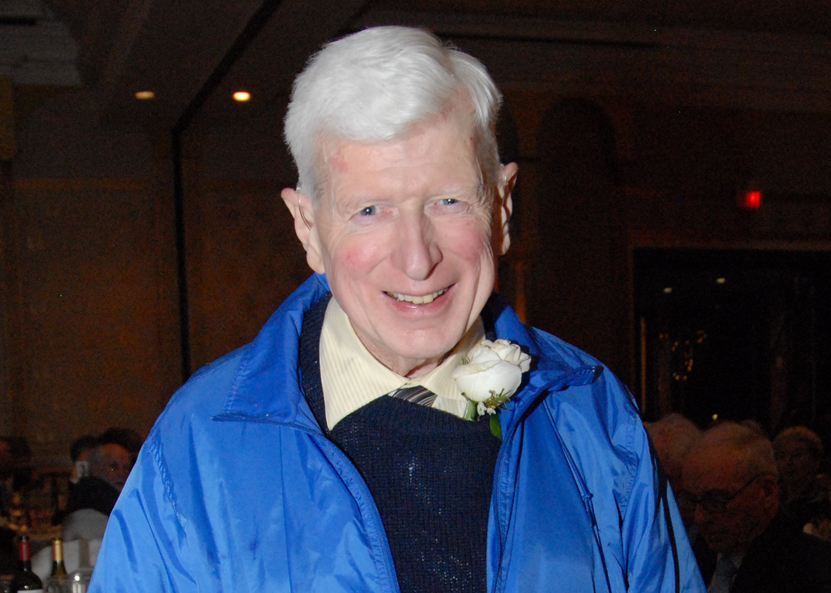