Father Michael Hawkins died peacefully in the Lord on 30 April, 2020 at René Goupil House. He was in his 84th year and was a Jesuit for 63 years. Mike, the son of Raymond John Hawkins and Leah Evelyn Gray was born on 19 December 1936 in Valois (Montreal), QC, although his early life was lived in Sherbrooke in the Eastern Townships. After attending Loyola High School and College from 1949 to 1957, Mike entered the Society of Jesus at Guelph on 14 August, 1957. First vows took place on 15 August, 1959, followed by a year of juniorate, then he began philosophy at Mount St. Michael’s, Spokane, Washington.

Mike always felt a call to the foreign missions and after vows he volunteered for the Darjeeling Missions. In September of 1963 he was granted permission to go to India. For the next 44 years he laboured in that distant vineyard of the Lord, principally in West Bengal. After a year studying Hindi, Mike began regency in 1964 at St. Peter’s High School in Gayaganga on the plains. Two years later he moved to St. Mary’s College in Kurseong for theology. In 1967 he returned to Canada to continue theology at Regis College, Willowdale. Mike was ordained on 29 November at his family’s parish in Pointe Claire, Quebec.

From 1970 to 1991 Mike held various posts in Gayaganga: Teacher, Associate Pastor, President of the school, Prefect of Studies and Discipline, Prefect of Regional Education, and Regional and House Consultor. He took a sabbatical at Regis College in 1991 for the IFM course. Back in India in 1992, he was assigned to be Prefect of Studies and Associate Pastor in Hatighisa. Three years later he settled at Siliguri, again taking on many responsibilities: Director of the Pastoral Centre, Director of Regional Formation, Provincial Formation and Education Coordinator, Socius to the Provincial, Province Consultor and Admonitor, and Pastoral Animator.

In 2007 Mike ended his missionary activity and returned to Canada. But he loved India so much, he insisted on juridically remaining a member of the Darjeeling Province. He returned to visit a couple of times, because the Indian Jesuits and the people there occupied such a huge place in his heart. Mike’s entire Jesuit life had always been generously spent in demanding posts. Once in Pickering he took on Spiritual Exercises ministry at Manresa Retreat House. There he enjoyed a more relaxed style of life. With a severe hip deterioration, he had to slow down considerably. But in spite of this handicap, he remained very zealous and eager in doing spiritual direction. To facilitate his ongoing medical treatment he moved to the infirmary in late 2018.

A strong characteristic of Mike was his dogged determination to succeed at any task. If he was thwarted in any endeavour (even walking outside with a walker) he would erupt into a wild display of temper, never long-lasting, but indicative of many frustrations in his life. His ready acceptance of physical and medical problems was edifying, and one never sensed any bitterness or anger. He was a good community man, ready to entertain with vivid stories of his mission career. Mike could be naïve at times, and so he was always fun to tease. He was a very sensitive man who could feel people’s hurts and he was easily hurt himself. Mike was very proud of his uncle Fr. Mickey Hawkins, S.J., who lived and worked among the indigenous people of Northern Ontario. Mike attributes the witness of his uncle’s life to be one of the major attractions to Jesuit life. Mike was also proud of having come from Sherbrooke, a city which gave to the Society several notable vocations, including his. 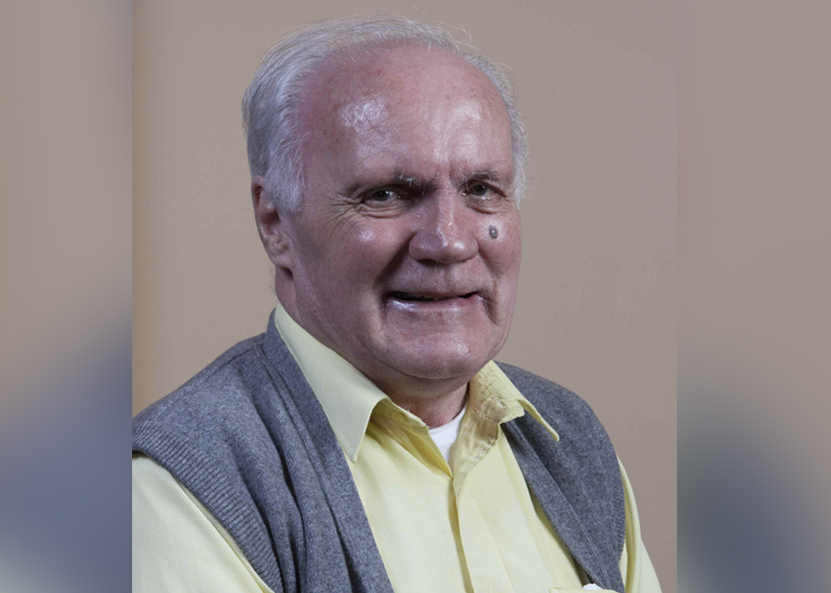