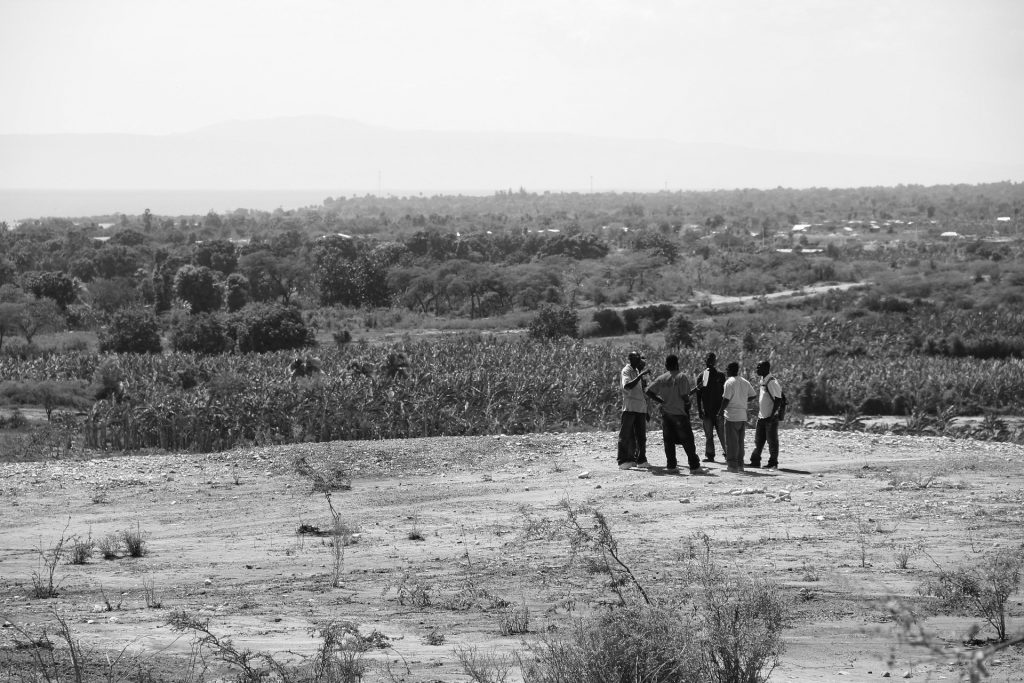 In recent days my prayers have often been directed to Haiti, after the killing of the President and the wounding of his wife. I join the heartfelt appeal of the country’s Bishops to “lay down arms, choose life, choose to live together fraternally in the interest of all and in the interest of Haiti”. I am close to the dear Haitian people; I hope that the spiral of violence will cease and that the nation will resume the path towards a future of peace and harmony.

Pope Francis’s words quoted above are in response to an already dismal situation that escalated during these past number of days.  I echo his sentiments and I am writing to you to request your support – moral, spiritual and financial –  for our Haitian Jesuits who continue to labour in this impoverished nation without counting the cost.

The Jesuit presence in Haiti goes back many generations with the first Jesuits arriving in the 18th century and then again in the mid-20th century.  The history of the engagement of the Canadian Jesuits has had its ups and downs with the Jesuits being expelled from the country on two occasions during times of unrest and political turmoil.  Most recently, however, from a base of a few dedicated French Canadians together with a handful of Haitian Jesuits, the Society of Jesus has been able to expand its mission to this beautiful, yet terribly impoverished, country.  How?  Since the early 2000s, local vocations have been numerous to the point where Haitian Jesuits now number almost one quarter of the membership of the Jesuit Province of Canada.  This substantial number of native-born Haitian Jesuits has allowed the possibility of expanding apostolic outreach which now includes education at all levels, spirituality and parishes, social justice, and work with migrants.  The Haitian Jesuits are poised to be important agents of change!

As a fruit of this expanding mission, in July 2018, at the same time of the foundation of the new Canadian Jesuit province, Fr. General Arturo Sosa named Fr. Jean Denis Saint Félix superior for the Jesuits of Haiti.  For the first time a superior from the country and living in the country was to be responsible the care of the Haitian Jesuits, for the works, and for the growth of the Jesuit mission.  During the past three years, despite continued political turmoil, increasing poverty and Covid19, Fr. Jean Denis has laid out plans for the future of the Society in Haiti. I have worked closely with him to establish the foundation and infrastructure for an increasingly self-sufficient Jesuit territory of Haiti.

Foundation and infrastructure are key to the future of the territory, which is comprised of 5 separate communities, its own novitiate, and the above-mentioned apostolic engagements.  Key to continuing the movement forward will be the solidification of a central office of administration and development, to assure the running of the territory and help raise funds for missions, and for the formation of younger Jesuits.  To this end, the Haitian Jesuits have established the Fondation Godefroy Midy as a repository for funds to help support the future mission.  A biography of Fr. Midy is attached.

In such an impoverished country as Haiti, funds are difficult to raise locally, and thus I write this letter asking for your support to help the Jesuits of Haiti move forward in their building up of the Godefroy Midy foundation to support our mission and the formation of Jesuits.  In order to begin to move forward with this initiative, in addition to Province funds already designated for Haiti, the Jesuit Province will match all donations up to the amount of $1,000,000.

Fr. Jean Denis and I thank you in advance for your generosity and I leave the final words to him:

In my own name and in the name of all the partners and all the Jesuits living and working in Haiti alongside this beautiful but suffering people, we thank you for your generous contribution to the advancement of our mission which consists in “making life grow and germinate hope in the hearts of the men and women of Haiti”, especially the young people so that we may finally be able to take charge of our lives and participate in the overall development of our country. Our gratitude also goes to Father Erik Oland and to the entire province of Canada for their accompaniment and unconditional support.

Father Godefroy MIDY was born in Meyer (Grand Gôave) on December 4, 1932. He completed his primary studies with the Christian Brothers in the Valley of Jacmel and his secondary studies at the Petit Séminaire Collège Saint Martial in Port-au-Prince. He entered the Grand Séminaire Notre Dame in Port-au-Prince in August 1950 and was ordained a priest on June 29, 1959 for the Archdiocese of Port-au-Prince. Following his ordination to the priesthood, he worked as a curate in the following parishes: Saut d’Eau, Saint Joseph (Port-au-Prince), Croix-des-Bouquets, Petit-Gôave, Sainte-Anne (Port-au-Prince). He then left Haiti to study philosophy and counseling at Fordham University, New York, where he earned a doctorate and a master’s degree, respectively. He entered the Jesuits (French Canadian Province) on October 15, 1973 in Montreal, and then studied theology (doctorate) at the Université de Montréal. After a relatively long stay abroad, Father MIDY returned to Haiti in October 1976. He pronounced his final vows on July 31, 1983. He worked as professor of theology at the Major Seminary of Notre Dame in Port-au-Prince, then as spiritual advisor in the philosophy section of the same Major Seminary in Cazeau. From there his apostolic commitment was to extend throughout the Church of Haiti: at the Haitian Conference of Religious (CHR) as a companion of the steering committee and advisor in various commissions, throughout the dioceses, archdioceses and religious congregations by means of his numerous retreats, conferences, formation workshops, with the executives of the basic ecclesial communities and other lay associations etc. He was a leading figure in the widespread movement within the Catholic Church that led to the fall of the Duvalier dictatorship in 1986. He greatly contributed to the renewal of the Church in Haiti after the Second Vatican Council (1962-65). Father Godefroy Midy was the main architect of the establishment of the Society of Jesus in Haiti after the departure of the Duvaliers.  Even today, at the age of 89, he is a member of the vocational discernment team for the Jesuit territory of Haiti, a lecturer, and a retreat leader in several religious congregations. He is also a member of the team of the Manrèse Spirituality Centre.