Journeying  with Youth at  Cowork Magis:  A Space for Start-ups in Paris

“It’s not about working for young people but with them.” Listening to Fr. Grégoire Le Bel, SJ, talk to us about Cowork Magis, we were almost ready to move to Paris and jump right into the world of business. After receiving a mandate from his provincial, Fr. Le Bel set up a coworking space in collaboration with a group of young people, first taking one office, then another, and finally an entire space designed according to the needs of these entrepreneurs. As he explained:

Many of today’s most successful businesses, especially those in the forefront of their fields, started out in coworking spaces, including Uber, Spotify, and even Instagram. As well as being competitively priced, these spaces allow for collaboration and the forming of new networks.

What is Cowork Magis?

First and foremost, it’s a workspace, a place of work for young, self-employed entrepreneurs and freelancers to develop their businesses in the best conditions. 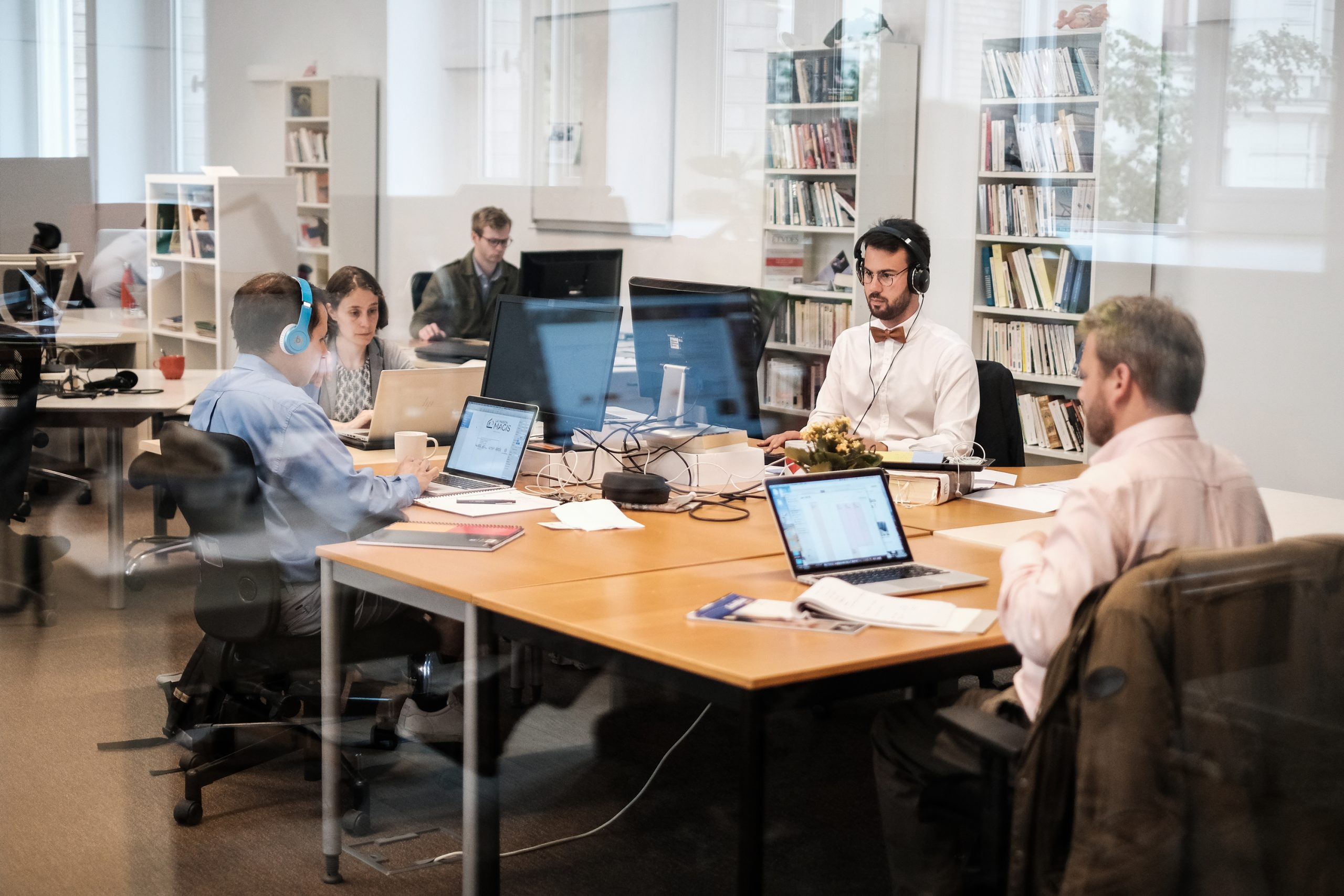 But it’s also a Jesuit space with certain criteria: you must be younger than 40, work alone, and have a project that doesn’t focus primarily on making a profit from raw materials. I don’t ask that everyone be Christian, just that the projects have meaning and that the entrepreneurs agree to play by these rules.

One word that keeps coming up when we speak about these coworkers is “goodwill.” Everyone has a positive outlook towards others.

What makes this space unique in Paris?

First of all, we provide young people with a space for solidarity in their work.

We also invite them to mass on Tuesday afternoons, which is not compulsory.

On Wednesday afternoons, we host Pépite Day, where they have an opportunity to share something that has worked well in their projects. Sometimes, it’s quite difficult for them to realise that their projects are progressing. If there aren’t really any signs of progress, they can ask each other for suggestions or help.

On the last Wednesday of the month, we hold a communal dinner, where two of the young people prepare a meal for everyone. I love that they take the time for that on top of all their work.

In addition, every other Thursday evening, we have a happy hour where someone presents her/his project in a one- or two-minute pitch. The idea is really to encourage the entrepreneurs, or to invite them to go back to the drawing board on the more abstract aspects of their projects, which is all done with lots of goodwill. Sometimes, presenters simply demonstrate a skill that they want to share.

Finally, they people all receive mentoring from the Mouvement chrétien des cadres et dirigeants (a Christian movement of business executives and directors), which offers them the perspective of a senior professional.

What is your role?

I help out on a daily basis, explaining, for example, how to use mind-mapping. On the face of it, though, I don’t accompany them on the professional side. They accompany one another, as they have a very wide array of skills among them. That being said, people regularly come to see me to discuss their projects, emotional questions, or decisions in their lives.

Through my relationships with these young people, I can often show them the other side of a priest, of the Church. For example, at the beginning of the coronavirus crisis, they said to me, “Grégoire, we should make some time for prayer.” “That’s a good idea,” I replied, “organise it.” Why should I direct it? In the Church, it’s not the priest who decides everything.

My desire is that they be happy with their jobs and invent a new way of working in a world driven by a frantic rhythm.

How do you reach out to young people to advertise Cowork Magis?

Actually, we have a continual supply of young people coming, though it’s harder for us to be in contact with those in great difficulty. Traditionally in France, the Jesuits are above all in contact with students in the major universities or privileged environments.

But these are also the young people who want to get to know us the most, to live the Spiritual Exercises, etc. They are also the people who create start-ups and invent the Earth of tomorrow. It’s as much about being by their sides to see how to help them give meaning to their projects and make sure that they don’t burn out in the process. I think that this structure can really help them. 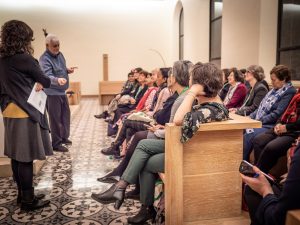 I’m twenty-nine years old, and in 2017, I launched RetraiteAdvisor, a leading retirement home comparison website in France. I arrived at Cowork Magis in January 2019 after several years in a traditional coworking space.

The idea is that there is business going on: it’s a cool work environment with a familial side which is nice. It’s a friendly place, and the extra Catholic side is interesting.

Pépite Day is a time of consolation. Quite often we don’t necessarily have anything positive to share, and its pretty cool to be able to say, “Well, it’s fairly complicated. My suppliers are late, etc.” And there are loads of conversations and exchanges that result from this sharing. As such, we have lots of time to help each other be more efficient in our businesses.

And the thing that unites all the entrepreneurs is a search for meaning, a desire to use their talents wisely to serve the community or society in general. It’s something that we feel pretty strongly about here. We’re doing something good, but we also want to earn money and do business! We balance the two at Cowork Magis.

A reflection by Rosella Kinoshameg on the remains of 215 children at Kamloops
Rosella Kinoshameg, DOS, is an Anishinaabe woman and a Wiikwemkoong community member. She presented this reflection on June 3rd, when a memorial service was held inside the "Ruins".
Story
The Power of Education: Accompanying Marginalized Children through Nativity Schools
One can only be energized and inspired after hearing from the leadership of Nativity Schools in Canada. These schools—Gonzaga Middle School (Winnipeg) and Mother Teresa Middle School (Regina)—aim to break the cycle of poverty among economically disadvantaged youth through the implementation of an innovative model of Ignatian education in the three school years before high school followed up with ongoing mentoring and support through high school and post-secondary studies.
Story
Brother Paul Desmarais: Sowing the Seeds of Knowledge
Now “retired,” Br. Paul Desmarais is preparing to offer an agroecology training course, both online and on-site, next year, with the first forty students coming from the Zambian Ministry of Agriculture.
Story