English - Français
The Jesuit Archives: A Legacy to Share

June 6, 2019 — The Jesuit presence in Canada dates back to 1611 and their first short-lived mission in Port Royal. But the stories of those first companions and all who followed live on at The Archive of the Jesuits in Canada. Located with the Provincial Curia in Montreal, the Archive is responsible for the preservation of documents which reveal that Jesuit history. Every year, over 300 researchers contact the Archive to consult those precious records. And every year, the collection grows to document the ongoing work of the Society of Jesus, its collaborators and its institutions.

Thanks to the documentary traces in our archives, we can reflect on the Jesuit journey through Canada’s history and the longstanding contributions of Jesuits as missionaries, explorers, theologians, linguists, educators, scientists, and activists for social justice. While the administrative configuration of the early Jesuit missions in North America and the subsequent Provinces has changed over the course of centuries to best suit the times, the Jesuit influence on society remains as constant as their spiritual values. The archival record serves as testimony and touchstone--reminding us of the achievements and the lessons of the past.

Until 2009, the Jesuits of English Canada and the Jesuits of French Canada each operated separate archival repositories, in Toronto and Saint-Jérôme respectively. Jesuits in both Provinces had dedicated themselves to building and caring for their archival collections. A respect for history, an interest in scholarly research and professional stewardship characterized their work. Among the longest serving English-speaking Jesuits, we recognize Edward J. Dowling, SJ, whose association with the Archive dates from the late 1940s through to the late 1990s. Jacques Monet, SJ, as a former archivist and the current historian at the Archive, has made a significant contribution not only to archival preservation, but also to the analysis of these records and in the writing of the history of the Jesuits in English Canada.

In 2006, the Provincial superiors of the then separate Provinces broached the subject of a joint endeavour: to bring the holdings of both Provinces together under one roof at Maison Bellarmin in Montreal. Careful planning took place to determine renovation requirements, with Bibliothèque et archives nationales du Québec providing expert advice on best practices and operational standards. The Province now has a magnificent home for the Archive with a professional climate-controlled vault and a welcoming consultation room. Researchers will find manuscripts, maps, photographs, artworks, and media materials at the Archive, as well as an extensive library of books. In addition to collecting the papers of individual Jesuits, their institutions and their apostolic works, the Archive serves the Jesuit administration. Records pertaining to governance, decision-making, reporting, and accountability are preserved for their evidential value.

Each religious community is characterized with its own organizational structure and its own special values. Each has carved its own role in the history of Quebec and Canada, as well as relationships with the Indigenous peoples of North America. While some are more focused on pastoral activities, others focused on health care and social services, the Jesuit focus includes education, scholarly research, Ignatian retreats, and ministry with Indigenous peoples.

This history is one of the defining factors that has shaped the nature of the collections that remain to this day. It has had a huge impact on how the collections were built over the years. From the early Jesuit Relations to today’s student yearbooks from Jesuit schools, the Archive is a source of memories and a home for treasures of the past.

Centuries of archival records give us the long view. They broaden our perspectives. A legacy to share. A place for learning and discovery. Over 400 years and counting. 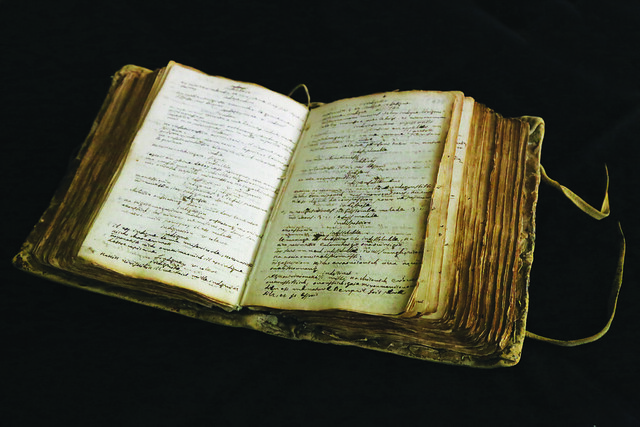 Recent News
Wet'suwet'en - Coastal GasLink conflict: Jesuits of Canada call for peaceful resolution and respect of Indigenous rights
February 20, 2020 — The Jesuits of Canada have urged the Government of Canada to work "assiduously toward a peaceful resolution of the conflict now underway in the traditional territory of the Wet’suwet’en People".
Understanding the Wet'suwet'en - Coastal GasLink controversy: Key insights
February 17, 2020 — The current conflict between the Wet’suwet’en First Nations and Coastal GasLink has to do with a natural gas pipeline that Coastal Gaslink wants to build, some of which would pass through traditional Wet’suwet’en territory in the northwestern central interior of British Columbia.
Loving Creation, a work of mercy: An interview with Greg Kennedy, S.J.
February 17, 2020 — Fr. Greg Kennedy, SJ, sees spiritual conversion as an essential step in our struggle to change the beliefs, attitudes, and behaviors that lead to the abuse of our Common House and the current climate emergency.
Destinations of faith: Jesuit parishes carve out a distinct role
February 10, 2020 — Whether they’re serving immigrants in Richmond, young professionals in New York, or others in settings ranging from Toronto’s inner city to the Pine Ridge Reservation in South Dakota, Jesuit parishes are different. They share a particular sense of identity.
An interview with Dr. Susan K. Wood, Regis College’s first female Academic Dean
February 10, 2020 — “Theology is never practiced in a vacuum, but always in a specific time and place. This time and place is the modern world.” Sister Susan K. Wood, first female Academic Dean of Regis College, agreed to talk with us briefly about her career path, her projects and her vision of the Church.
Leading from within: How to pray contemplatively
February 3, 2020 — One of the important questions we as faith-filled people should be asking ourselves is: How can we live our faith with greater depth and credibility? Another way we could ask this question is through a more imaginative lens: How can we live with more contemplative attentiveness in and toward the world around us?
Spiritual accompaniment of homeless persons: Kevin Kelly, SJ, on the Ignatian Spirituality Project
January 31, 2020 – Kevin Kelly, SJ co-founded the Ignatian Spirituality Project in Toronto, which offers spiritual aid to those who have experienced homelessness. "You learn really quickly that your story is not that different."
view all news

Mission
The Society of Jesus - Serving the Catholic Church for the greater glory of God.
Get Involved
Click here to find out the various ways you can become involved with the ministries, apostolates, and spiritual way of life of the Canadian Jesuits.
Find out how you can support the many ministries of the Jesuits and assist us in strengthening our 400 year old mission in Canada.