English - Français
The Migrant Caravan: the Provincial addresses the Prime Minister of Canada 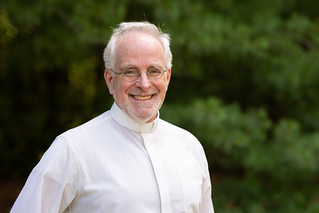 November 30, 2018 — Last Friday, the Jesuit Provincial of Canada, Fr. Erik Oland SJ, sent a letter to Canadian Prime Minister Justin Trudeau and Canada's Minister of Immigration, Ahmed D. Hussen. to challenge them about the "powerful military response" deployed by the US border and political authorities to Central American migrants who arrived at the border with Mexico and the United States last week.

Describing this migratory wave and the brutal response of the US authorities as "humanitarian drama", the Provincial recalls the causes of this caravan, evoking the plea of our Honduran companion Ismail Moreno Coto, SJ. "My fellow Jesuits in the countries of origin of migrants, particularly in Honduras, attest that the said" caravans "are composed of a large number of children, women and men who flee the misery and repression of their home country which is a situation even more dangerous than the huge risk they take with this march to find some hope.

In the eyes of the Provincial, the Canadian government can not remain silent in the face of this tragedy to which it has its share of responsibility. In particular, it acknowledged and supported Honduras' fraudulent election government, which is at stake in the growing repression suffered by the Honduran people. And it is slow to appoint an ombudsman for Canadian mines and to put in place a mechanism to control them, which is also responsible for insecurity, poverty and the deterioration of the living environment from which migrants come".

He urges the Canadian government to show "leadership" in finding a solution to this tragedy, in partnership with the US, Mexican, Honduran and Central American authorities. And this, in order to "protect the migrants who are currently asking for protection and not tolerating any violation of the dignity and rights of these people". The Provincial again calls on Canadian authorities to appoint an ombudsman to "investigate the abuses of Canadian mining companies." It also urges the government to "act with hospitality and do its part by giving asylum to some of these migrants".

Recent News
Return to the Source in Order to Move toward the Future: The Service for Discernment in Common
July 27, 2020 — The Jesuit Province of Canada has recently established a new way to be of service to the province, the apostolates, and the Jesuit communities – as well as to nonprofit organizations and the private sector – by helping them to engage in the process of discernment in common.
Br. Jacques Dubé
Brother Jacques Dubé died at the infirmary at Richelieu at 2:30 p.m. on July 16, 2020, at the age of 89, after 65 years of religious life. The provincial had once said that he knew how to "bring beauty and joy" to the communities where he lived.
God in a 45-minute Zoom: How the Spirituality Sector Adapts to COVID-19
July 13, 2020 — How do we reach out to people in a pandemic? How do we respond to their spiritual needs and promote a contemplative life while gatherings are banned?
Fr. Demetrius Michailides
Father Demetrius MICHAILIDÈS died at the Richelieu infirmary on the evening of June 25. He had joined the Jesuit community at the Richelieu residence in July 2016. He taught dogmatic theology at the Université Saint-Joseph in Beirut, as well as in Belgium and New York.
Finding God in a pandemic: Testimonies from Jesuits and colleagues
June 26, 2020 — In Canada, COVID-19 has had an impact on all aspects of our lives since March and we have already shared the changes it has brought to our work. However, as Frantz Georges S.J. reminds us, “the spiritual experience is fundamental in the lives of all Christians.”
Holy Cross Church in Wiikwemkoong vandalized, forced to close temporarily
June 22, 2020 – The Holy Cross Church in Wiikwemkoong, Ontario, founded and still run by Jesuits, was vandalized between Saturday, June 13 and the early hours of Sunday, June 14.
Multidimensional development: Empowering Haiti’s rural communities
June 19, 2020 — The Support Group for Rural Development (GADRU) is a nonprofit organization founded by Fr. Jean-Marie Louis, SJ, not only to oversee and promote the rights of those living in rural communities but also to participate in the construction of an inclusive, fair, and democratic society.
view all news