No conflict between science and faith for the Vatican's chief astronomer

November 23, 2017 — "God created the universe; this I get from my faith," says Brother Guy Consolmagno.

"But my science tells me how he did it."

Consolmagno sometimes gets some strange looks when he tells people about his job as the director of the Vatican observatory, chief astronomer of the Catholic church. They want to know how he can straddle the seemingly disparate worlds of science and faith.

But for Consolmagno, it's never been an issue. The MIT PhD holder has been a Jesuit since the early '90s, and he doesn't see any incompatibilities at all. In fact, one of his main duties as director of the observatory is to reinforce the message that the church is not anti-science.

"To me, the hard thing is to try to figure out where people are coming from when they think there's a conflict, because I've lived with both of those so happily," he said.

For many, the notion of the Catholic Church's supposed anti-science stance stems from its treatment of Italian astronomer Galileo Galilei, who popularized the heliocentric model of the solar system.

Galilei was famously condemned to house arrest for the remainder of his life after being found to be guilty of heresy by the church in 1633.

But Consolmagno maintains that the entire affair had much more to do with politics than theology.

"Everything you know about Galileo is probably not true, [but] the truth does not make the church look any better," he said.

There are numerous theories as to why he was tried, ranging from political fallout from the Thirty Years War to Galileo personally insulting the pope.

"There are [hundreds of] biographies of Galileo, every one telling you a different story about what happened," he said. "If nothing else, that tells you we don't really understand what happened to him." 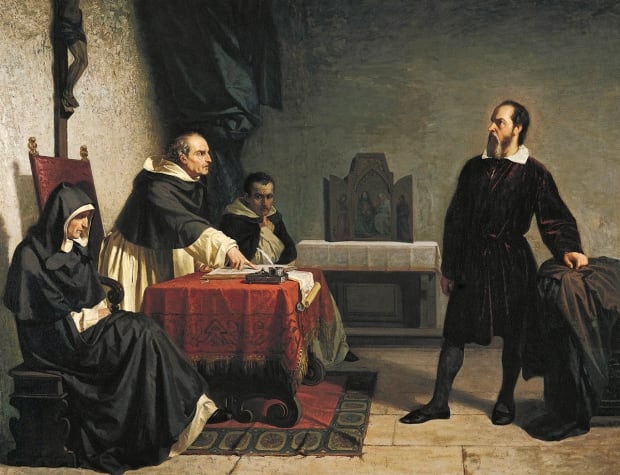 Either way, the church found itself looking to shake the anti-science image toward the end of the 18th century — and it was desperate to be seen as an independent political power too.

So, the Holy See established its own national observatory in 1774.

Though light pollution in Rome is now too intense to allow for useful observations from the original site, the observatory is still involved in active astronomical research through partnerships with other researchers and observatories around the world.

Eyes on the skies

As director, Consolmagno sees communication and education as important parts of his job. He's on a mission to remind the world that the church embraces science and that science isn't political.

But it wasn't always a straight path for him. He remembers questioning the purpose of his work as a 30-year-old MIT post-doctorate grad.

"I'd go to bed at night wondering, why am I doing astronomy when people are starving in the world?" he said.

So, he quit. He joined the Peace Corps, figuring he could be a more useful servant of God in that way. But everywhere he went, he found people were fascinated with the stars.

Consolmagno hosted a talk Wednesday night at UBC on just that subject. It's entitled "Why Do We Look Up to the Heavens?"

Recent News
Ecological research, working together towards international development, and spirituality apps: the latest issue of Canadian Jesuits
January 20, 2020 – “Dare to care,” encouraged Fr. Jim Lefebvre in an interview with the Canadian Jesuits magazine. This is also the central theme tying together the latest edition.
Haiti, ten years after the earthquake: An interview with Jean-Denis Saint-Félix, SJ
January 10, 2020 – “I’m tired of only hearing about Haiti’s problems in the news. We have problems but we aren’t a problem.” That is the plea that the Superior of the Jesuits in Haiti, Jean-Denis Saint-Félix, SJ, makes on the 10th anniversary of the devastating earthquake that struck the country in January 2010.
"To go far go together": Four final reflexions from the Social Justice and Ecology Secretariat Congress
January 10, 2020 – Last November the Social Justice and Ecology Secretariat in Rome marked its first fifty years with a Jubilee gathering. Dozens of global delegates came together for a week of celebration, networking and discernment.
Fr. Gábor Kiss
Father Gábor Kiss died at 11:30 am on December 23rd at René Goupil House in Pickering, Ontario (Canada). He was in his 96th year, and was in religious life for 74 years. His life of service can best be expressed by his usual reply: “I strive to do the best possible.”
Towards a greater engagement with our Common Home: An Interview with John McCarthy, S.J.
December 13, 2019 – Caring for our common home is one the new Universal Apostolic Preferences. How exactly do we go about doing this? Fr. John McCarthy's job is to encourage all Jesuits and their colleagues in the Province to imagine different ways of working towards this preference.
A more human Christmas: The cards by St. Bonaventure's College students [with photos]
December 20, 2019 – The Advent season is often filled with beautiful stories of solidarity. This year, one such story takes place at St. Bonaventure’s College in St. John’s Newfoundland, part of the Jesuit Schools Network.
History today: The Virgin of Loreto, a devotion that crosses oceans
December 13, 2019 – It was in the sanctuary of Loreto, Italy that, last March, Pope Francis dedicated all the vocations to the Virgin Mary and signed the apostolic exhortation written in response to the Synod on Young People, the Faith and Vocational Discernment.
view all news